Jimmy Garoppolo really couldn’t have drawn up a better return to where his NFL journey started.

In his first game not just in New England but against the Patriots altogether, Garoppolo and the San Francisco 49ers undressed the Patriots, beating them 33-6 at Gillette Stadium.

The victory happened almost three years to the day of Garoppolo’s Halloween 2017 trade to the 49ers, and he was quick to admit that there were a lot of emotions for him.

Garoppolo finished his night going 20-for-25 in the air for 277 yards with no touchdowns and two interceptions.

So certainly a nondescript performance for the 28-year-old, who made clear he wasn’t trying to stick it to Patriots head coach Bill Belichick.

“It really was never in my mind,” Garoppolo said when asked about delivering Belichick his worst home loss with the Patriots. “I obviously wanted to come here and get a win. To me it didn’t matter if we won by one or 100. It was go and get the win. That was the mindset we had this week. Same mindset we had last week. Just got to keep that mindset the rest of the season.”

While the Patriots roster has undergone a good bit of turnover since Garoppolo’s departure, plenty of ex-teammates remain with New England.

In addition to Belichick and Josh McDaniels, David Andrews, Stephon Gilmore and James White were some of the Patriots seen chatting with Garoppolo after the game.

It’ll be a while before Garoppolo returns to New England (well, most likely). So he’s leaving on a high note.

“It was an exciting night, a lot of emotions,” Garoppolo said. “Couldn’t imagine it going any better than this.” 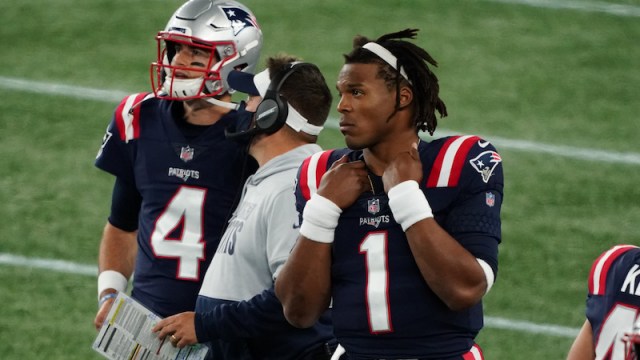 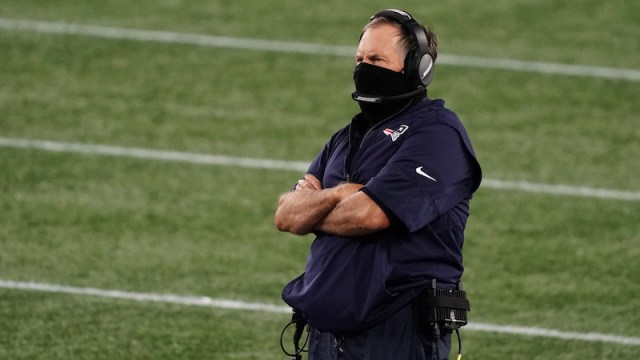