Fans often see one side of Bill Belichick: very straight forward, honest, a bit monotone but usually gives you the information you’re looking for.

It was no different when speaking to Kyle Shanahan about trading Jimmy Garoppolo from the New England Patriots to the San Francisco 49ers.

It’s almost been three years to the day since the Pats head coach sent the quarterback to the West Coast, and Garoppolo will make his return to Gillette Stadium on Sunday.

And Shanahan recounted the trade and his conversations with Belichick, noting it was “really fun dealing” with the coach.

“I know Bill was a big fan (of Garoppolo),” Shanahan said Wednesday, via MassLive. “I enjoyed talking to him about it. Helped me out with stuff ? stuff that will probably stay between Bill and I ? but he was a great guy to deal with. It?s always hard to get trades done, but when you deal with someone who?s just about football and pretty simple in everything else, it?s easy to get stuff done. That?s why it?s really fun dealing with someone like Bill when you?re trying to make two teams better.

“… I knew how talented he was through the draft process and the three games or whatever he had played in at the time. Then just what you hear about people,” Shanahan added. “So I?ve learned a lot about being together with him for a little over three years.”

Garoppolo helped lead the Niners to Super Bowl LIV in February, though his team fell to the Kansas City Chiefs.

Now the QB will look to make it two straight wins while New England looks to bounce back from a loss against the Denver Broncos.

Devin McCourty Discusses How Patriots Have Responded To Schedule Changes 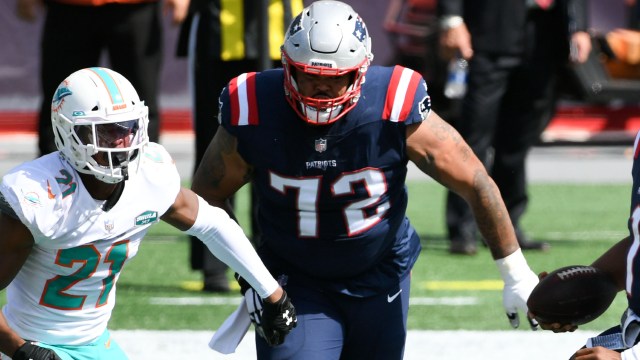 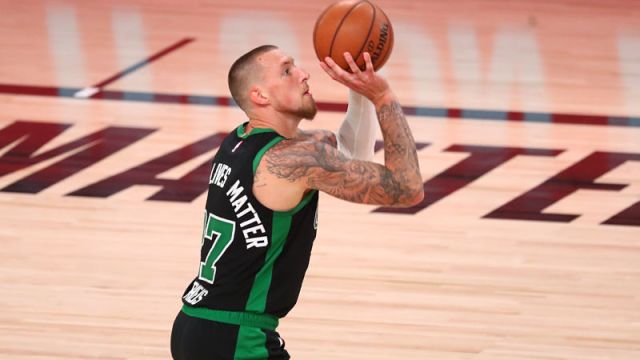