It didn’t work out so well the last time the Red Sox went bear hunting, as Pablo Sandoval’s two-plus seasons in Boston were memorable for all of the wrong reasons.

Yet one can’t let Kung Fu Panda’s colossal flop completely skew their free agency outlook, especially as it relates to Atlanta Braves slugger Marcell Ozuna, who will be one of the most fascinating players available this offseason.

Ozuna, aka The Big Bear, signed a one-year, $18 million deal with the Braves last winter after turning down a one-year, $17.8 million qualifying offer from the St. Louis Cardinals. His market never really took shape, hence the pillow contract, but Ozuna’s upcoming trip to free agency should prove far more fruitful.

Not only did Ozuna rake during the condensed 2020 regular season, hitting .338 with a National League-leading 18 home runs and 56 RBIs while playing in all 60 games. He also is showing a flair for the dramatic on the big stage, launching two homers Thursday night as part of a four-hit, four-RBI performance in Atlanta’s 10-2 win over the Los Angeles Dodgers in Game 4 of the NLDS.

The big swing. The light-tower power. The faux selfies. Ozuna’s energy is palpable and infectious, to the point where his intangible impact might be every bit as valuable as his offensive production.

So, this all raises a valid question: Should the Red Sox — a team needing a shot in the arm — pursue Ozuna in the coming months?

There’s a strong argument that Boston should refrain from spending lavishly on anyone this offseason, much less a player who doesn’t pitch for a living. After all, the Red Sox’s offense should be fine.

Xander Bogaerts and Rafael Devers are franchise cornerstones. Alex Verdugo looks like a budding star. J.D. Martinez is a bounce-back candidate. And things really can’t go any worse for Andrew Benintendi, who basically lost his entire 2020 season due to a rib injury. Not to mention Bobby Dalbec flashed tremendous upside in his brief audition with Boston down the stretch, while Christian Vazquez at times has been an above-average offensive catcher.

That said, Jackie Bradley Jr. is a free agent, creating an opening in the Red Sox’s outfield if he signs elsewhere. And Ozuna theoretically could man left field, with Benintendi and Verdugo patrolling center field and right field, before eventually transitioning to Martinez’s role as Boston’s designated hitter whenever Martinez departs.

Of course, in the short term, this would leave the Red Sox with a somewhat underwhelming defensive alignment, at least relative to what they’ve had with Bradley locking down center field. George Springer, another impending free agent, is a much better fit from a roster construction standpoint, as he’s capable of playing center field and could occupy the leadoff spot vacated last offseason by Mookie Betts.

But Ozuna’s pop — backed by an elite average exit velocity and hard-hit rate — is a game-changer, further evidenced by the increasing importance of home runs, in general, in the MLB postseason. And he, unlike Springer, is ineligible to receive a qualifying offer after receiving one last offseason. Thus, whichever team signs Ozuna won’t need to relinquish draft-pick compensation — no small side note for a club like the Red Sox, who are in the process of replenishing their farm system.

Overall, there’s enough evidence to suggest Ozuna’s future production won’t drop precipitously in 2021. Even his immediate floor — he averaged 26 home runs, 88 RBIs and a .262/.327/.451 slash line in two seasons with St. Louis (2018-19) — is that of a useful player, particularly if placed in a hitter-friendly environment. (It’s worth noting Ozuna crushed three homers in a game at Fenway Park earlier this season.)

Ultimately, Ozuna’s hefty price tag — which presumably keeps rising with each passing playoff spark — probably will escort him off Boston’s radar, for the Red Sox are more focused on building a sustainable, long-term contender than making a splashy signing just because they have extra financial flexibility in wake of resetting their luxury tax in 2020.

Still, it’s a conversation worth having, if nothing else, as The Big Bear growls under the bright lights. Pay no mind to those Panda flashbacks. 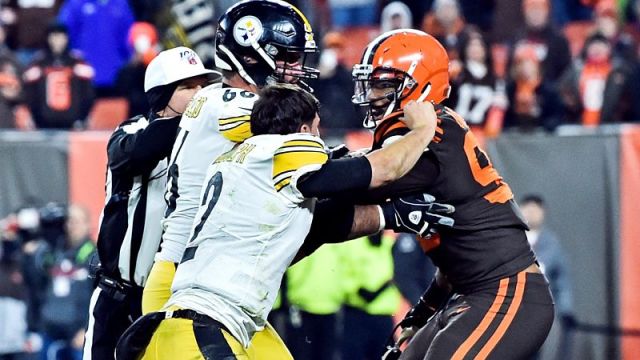 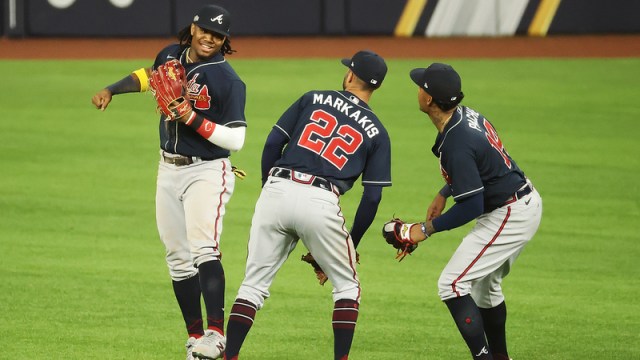