We’ve moved fully into the NFL’s new normal amid the COVID-19 pandemic, what with Monday night doubleheaders, games on Tuesday night and bye weeks created.

Schedules for a whole bunch of teams have been altered to adjust on the fly to outbreaks, and it’s probably a safe assumption more changes are on the way.

But we will cross those bridges when we get to them, and in the meantime, we’ll keep on rolling with our NFL betting content.

Here are three betting favorites you might want to avoid in NFL Week 6 action.

(-3.5) Detroit Lions at Jacksonville Jaguars
Unsurprisingly, it’s a rarity for Detroit to be favored on the road. The Lions have been road favorites just four times under Matt Patricia, going 2-1-1 straight-up and 2-2 against the spread. They’ve failed to cover in the last two instances.

Jacksonville has been surprisingly competitive this season and has some offensive firepower. That’s a recipe for success against Detroit, which ranks 30th in defensive DVOA. Granted, Jacksonville ranks last, but the Jaguars should be able to match points here and at least keep it within the field goal, perhaps even win outright.

(-2) Green Bay Packers at Tampa Bay Buccaneers
The battle of the Bays feels like a straight-up stay-away game, to be honest. The Packers certainly look like one of the best teams in the NFL, but do you really want to bet against Tom Brady getting points at home?

The Bucs are starting to get healthier, at least on the outside, and the Packers — despite their record — have looked shaky on defense, allowing 6.1 yards per play (23rd in NFL). This also feels somewhat similar to the Packers’ situation coming out of their bye last year, when they had to go on the road to play San Francisco after a week off — and lost 37-8. Just too risky.

(-3.5) Los Angeles Rams at San Francisco 49ers
The 49ers have looked horrendous, and their two wins this season have come against the Jets and Giants, the NFL’s two worst teams. There’s really nothing impressive about San Francisco, especially coming off a sound beatdown (at home) from the Miami Dolphins.

But we’d be lying if we said we weren’t a little apprehensive about laying the points on the road in a divisional game. The 49ers also seem capable of running the ball early and often to control the game flow, which is what Buffalo did to beat the Rams earlier this season. 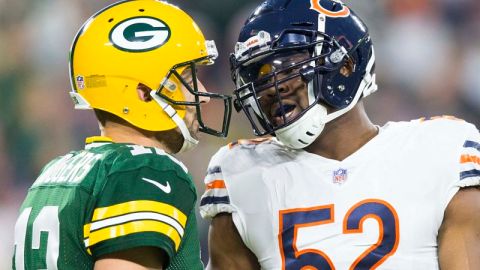 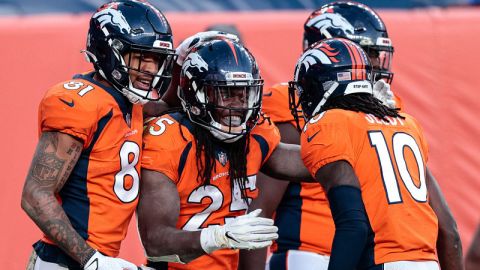