Will the New England Patriots go ahead with their game against the Denver Broncos after another positive COVID-19 test?

The NFL “still plans to play Monday’s Broncos-Patriots game,” according to a report Sunday morning from ESPN’s Adam Schefter.

“There is further testing (Sunday) morning in New England,” Schefter reported. “It takes a few hours to get back those results, but as of now the league expects to have more answers later today, with the game played Monday.”

The NFL reportedly closed the Patriots’ facility Sunday morning after an as-of-yet-unidentified player tested positive for the coronavirus. It was their third shutdown in 10 days.

The Patriots held just one practice this week, keeping players home Wednesday, Thursday and Friday after cornerback Stephon Gilmore tested positive Tuesday. They returned to the field Saturday — with additional COVID precautions — and were scheduled to hold a walkthrough Sunday ahead of Monday’s game.

NFL Media’s Tom Pelissero and Judy Battista reported earlier in the week that an additional positive test would not necessarily prompt the league to cancel the game.

Kickoff is set for 5:02 p.m. ET on Monday at Gillette Stadium. 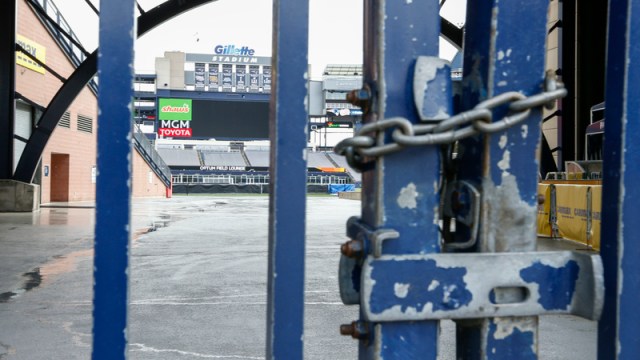 Patriots Facility Reportedly Shut Down; Game Vs. Broncos ‘In Question’ 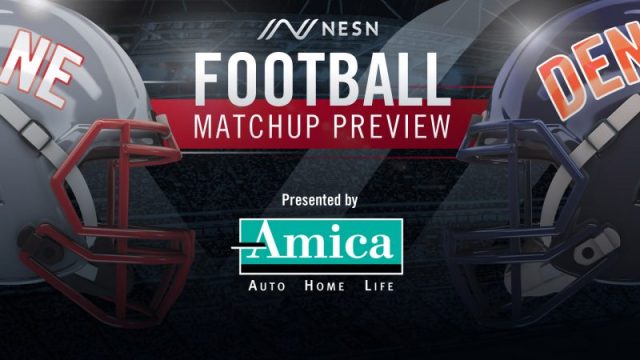 Patriots Vs. Broncos Preview: What To Watch For In Week 5 Matchup