FOXBORO, Mass. — Cam Newton admitted he felt a bit rusty when he took the field Sunday afternoon against the Denver Broncos.

It was Newton’s first game in three weeks. The quarterback was just over two weeks removed from his positive COVID-19 test.

Newton recovered quickly and returned to the Patriots’ active roster this past Wednesday, but thanks to other positive tests within New England’s locker room, he was able to practice just once before Sunday.

The result was the Patriots’ most disjointed offensive performance of the season. Newton eventually led a late comeback bid but could not overcome his and his team’s frequent miscues in an 18-12 loss at Gillette Stadium.

During his postgame video conference, Newton was asked whether his time away from the field affected his performance.

“Oh, without a doubt,” he replied. “But we?re still professionals. We?re expected to do our job and play at a high level, and we didn?t do that today. Any time you turn the ball over that many times, the success rate is extremely low. But yet, we still had an opportunity to win, and we?ve just got to find way to do that.”

Two of New England’s three turnovers were on Newton interceptions. One was batted by an onrushing defensive tackle; the other was tipped at the line by a safety. Newton also displayed poor pocket awareness on more than one of his four sacks, one of which resulted in a fumble that the Patriots recovered.

“The time off showed,” Newton admitted. “But I have to be better, and I will be better.?

The Patriots’ offense did show signs of life in the fourth quarter. After a Broncos punt, Newton delivered a 19-yard completion to wideout Damiere Byrd, ripped off a 38-yard run and then powered his way across the goal line for his fifth rushing touchdown of the season. That score cut Denver’s lead to 18-9 with 8:31 to play.

New England kicked a field goal on its next possession, then reached the edge of the red zone on its final drive of the game. Newton could not conjure up what would have been a game-winning touchdown. After a sack on second-and-10 and a dump-off to running back James White, his pass to N’Keal Harry on fourth-and-10 fell incomplete.

Newton completed 17 of 25 passes for 157 yards and no touchdowns with two picks in the loss, finishing with a passer rating of 51.6. Seven of his completions came on short passes to White.

Byrd led all Patriots wide receivers with three catches on four targets for 38 yards. Harry and Julian Edelman combined for just two receptions on eight targets for 8 yards, both by Edelman.

Outside of acknowledging its effects on his play, Newton declined to discuss his COVID diagnosis after the game.

?Honestly, for me right now, I?m just trying to move forward,” Newton said. “Obviously, respectfully, that was two weeks ago. I?m still bitter over the game and just trying to focus on what needs to just get better. Obviously, everybody knows what the situation was, and it is what it is.

“I just know for me, here moving forward, I?ve just got to play better football, and that?s what my job is.” 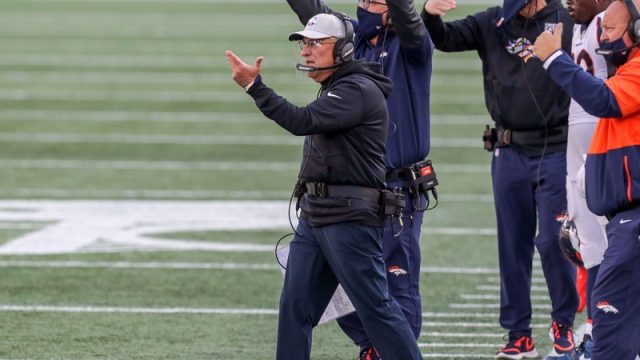 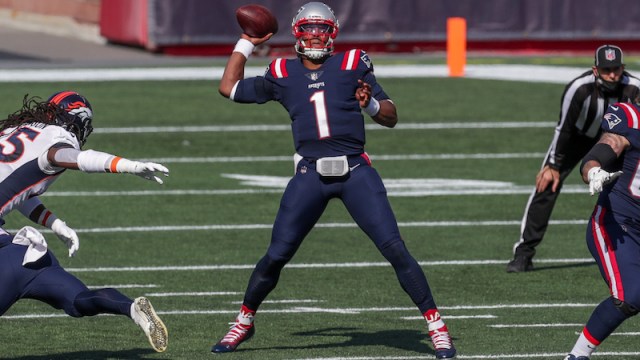