Jermaine Eluemunor must miss at least three games for the New England Patriots after being placed on injured reserve Wednesday.

He plans to miss exactly three.

Eluemunor, who left Sunday’s loss to the Denver Broncos with an ankle injury, indicated on Twitter that he intends to return in time for the Patriots’ Week 10 matchup with the Baltimore Ravens at Gillette Stadium.

Eluemunor, a fifth-round draft pick of the Ravens in 2017 spent two disappointing seasons in Baltimore before being traded to the Patriots late last summer.

The 25-year-old hardly played during his first season in New England, but he’s impressed this season as the Patriots’ surprise starter at right tackle. He is Pro Football Focus’s sixth-highest-graded tackle through six weeks.

While Eluemunor recuperates, starting duties likely will fall to either Mike Onwenu or Justin Herron. Onwenu rotated with Eluemunor at right tackle early in the season before injuries elsewhere pushed him to guard, and Herron started there in Week 4 against the Kansas City Chiefs after Eluemunor developed a migraine shortly before kickoff.

The Patriots are scheduled to host the San Francisco 49ers this Sunday at Gillette Stadium. 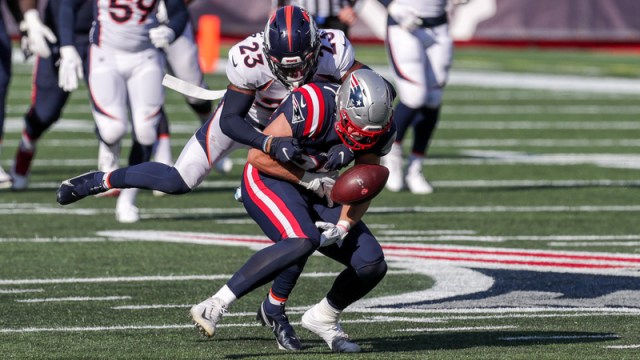 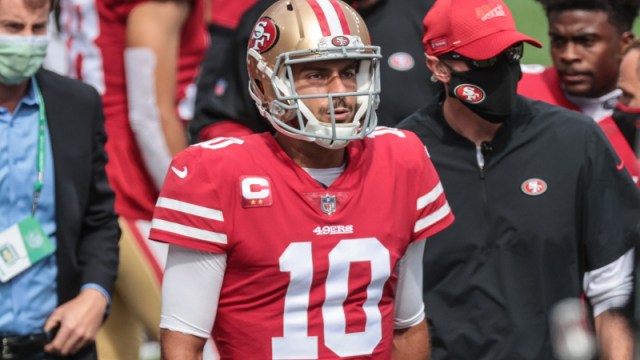