But with a quarter of the season complete, it’s not too early to identify a few first-year Patriots who are standing out — and a few others who have yet to make a noticeable impact.

2. S Kyle Dugger (second round)
It didn’t take New England’s top 2020 draft pick long to carve out a role in the Patriots’ secondary. Dugger has played all over the field, seeing snaps at box safety, deep safety, linebacker and as a matchup player against tight ends (Greg Olsen, Darren Waller, Travis Kelce). Teammates have raved about his football IQ, which has earned him comparisons to All-Pro Derwin James. It hasn’t been perfect — his pass interference penalty against Kelce extended a key Kansas City Chiefs drive in Week 4 — but Dugger’s versatility, athleticism and eye-popping physicality make him a valuable defensive weapon.

3. RB J.J. Taylor (undrafted)
The Patriots’ smallest player (generously listed at 5-foot-6) made a big impact in September. Taylor averaged 7.0 yards per carry in Week 1, then rushed 11 times for 43 yards two weeks later. Running backs coach Ivan Fears has compared him to both Dion Lewis and Darren Sproles. Taylor, however, didn’t play a single snap in Week 4 after Damien Harris returned from injured reserve, so it remains to be seen what his level of involvement will look like moving forward.

4. OL Justin Herron (sixth round)
Herron hasn’t seen the field nearly as much as Onwenu has, but he’s been solid when called upon, both as part of New England’s highly effective “double jumbo” package and as a last-second starter in Week 4. After Jermaine Eluemunor developed a migraine shortly before kickoff in Kansas City, Herron played every snap at right tackle, holding his own in pass protection and helping the Patriots rack up 185 rushing yards.

5. TE Devin Asiasi (third round)
Asiasi appeared to be trending upward after he played a career-high 29 offensive snaps (42 percent) in New England’s Week 3 win over the Las Vegas Raiders, but that number was back down to eight (11 percent) against the Chiefs in Week 4. The UCLA product still has yet to receive a single target in the passing game and has played nearly 200 fewer snaps than starting tight end Ryan Izzo (20.4 percent to Izzo’s 85.7 percent).

6. LB Anfernee Jennings (third round)
Another slow starter, Jennings played nine, two and zero snaps in the Patriots’ first three games. He saw an uptick in playing time in Week 4 (14 snaps), however, and registered two early pressures on Patrick Mahomes. A Nick Saban disciple, Jennings was viewed as one of the Patriots’ most NFL-ready rookies entering training camp, so we’ll see if his role continues to increase in the coming weeks.

7. WR Isaiah Zuber (undrafted)
Zuber has been on the practice squad since cutdown weekend, but he?s been bumped up to the active roster for each of the last two games, once via temporary elevation and once as a COVID-19 replacement for Cam Newton. He picked up 13 yards on a jet sweep against the Raiders and 8 yards on a reverse against the Chiefs. He can be elevated once more before the Patriots would need to add him to the 53-man roster.

8. LB Cassh Maluia (sixth round)
Maluia has been active for the last three games, but he’s been used exclusively in the kicking game. All 31 of his NFL snaps to date have come on special teams.

9-11. LB Josh Uche (second round), TE Dalton Keene (third round), CB Myles Bryant (undrafted)
All three of these players have yet to make their pro debuts. Bryant’s inactivity has been understandable — he’s a UDFA at the bottom of the Patriots’ deepest position group — but Uche and Keene have been disappointments thus far. They’ve combined for three healthy scratches and five games missed due to injury. Uche currently is on IR. Keene has been healthy for three weeks but has been unable to crack the gameday roster. With linebacker and tight end both standing out as areas of concern for the Patriots, they really could use contributions from these two early-round picks.

12. K Justin Rohrwasser (fifth round)
Rohrwasser currently is on the practice squad after losing his training camp competition to veteran Nick Folk. Excluding seventh-rounder Dustin Woodard, who retired before training camp, Rohrwasser is the only 2020 Patriots draftee who has not spent time on the 53-man roster this season.

Could Stephon Gilmore Return Vs. Broncos? Patriots Star ‘Ready To Be Back In Action’ 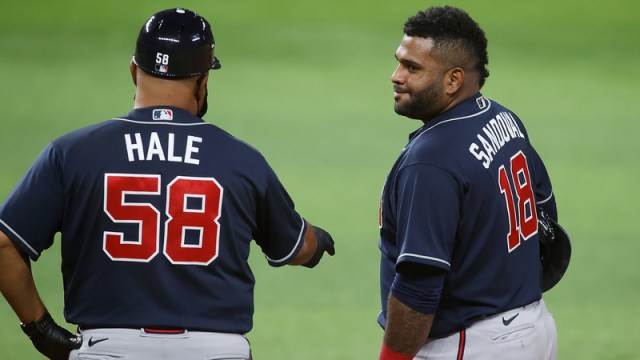 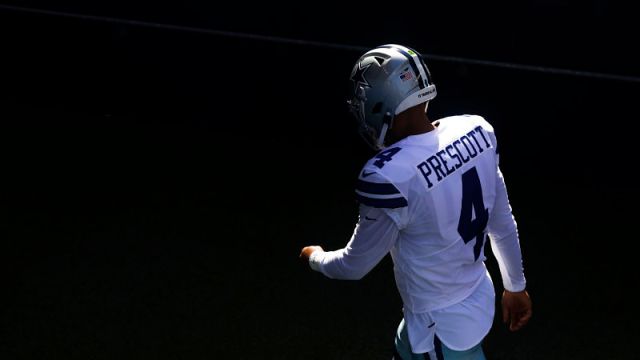