Say what you want about the Boston Red Sox’s occasional trip to the American League East basement. The organization doesn’t take losing lightly and usually acts aggressively in the face of adversity.

We shouldn’t expect anything different as the Red Sox look to rebound from a disappointing 2020 season and a mediocre 2019 campaign on the heels of an historic World Series run in 2018, even if Boston is a bit more pragmatic in its wheeling and dealing this time around.

The Red Sox could turn to free agency to plug their holes. After all, they figure to have more financial flexibility this offseason after resetting their luxury tax. But chief baseball officer Chaim Bloom is committed to building a sustainable contender, a long-term goal that is unlikely to be achieved by simply throwing money at problems for short-term fixes.

It doesn’t help, either, that this year’s free agency class is uninspiring, especially when it comes to Boston’s biggest weakness: Pitching.

The Red Sox are hopeful to have Chris Sale (Tommy John surgery) and Eduardo Rodriguez (myocarditis) back in 2021, but the rotation still needs another reinforcement or two. Nathan Eovaldi and Martin Perez were Boston’s only legitimate starters for most of the condensed 2020 Major League Baseball season, with hat tips to prospect Tanner Houck and newcomer Nick Pivetta for showing promise down the stretch.

Perhaps, then, Bloom will intently explore the trade market, where he’s already been active in his one year on the job.

This doesn’t necessarily mean the Red Sox will swing a deal for an ace, a task that’s difficult in any climate but even more challenging at a time when Boston is trying to replenish its farm system rather than trade away top prospects. It could be a good avenue for building depth, though, provided acquisition costs don’t hinder the organization’s bigger-picture objective.

The Red Sox probably will work in the margins, with an eye on buy-low candidates and pitchers whose situations might necessitate a trade. This could yield a diamond in the rough, but the primary intention is to obtain quality innings while Boston charts its course back to contention.

Thus, here are seven starters the Red Sox could consider targeting in trades, based on nothing more than speculation and trying to connect the dots on who might be available at a reasonable price point.

Carlos Carrasco, Cleveland Indians
The Indians are loaded with young, major league-ready pitching, to the point where they felt comfortable trading Mike Clevinger — a legitimate No. 1 starter — after the 29-year-old right-hander landed in hot water for violating COVID-19 protocols. And there even was speculation as to whether they’d consider dealing Zach Plesac, his partner in crime, who was in the midst of a breakout at age 25.

Plesac would be an ideal addition to Boston’s rotation, as he’s under team control through 2025. He’d likely cost too much in the way of prospect capital, though. Same goes for Cal Quantrill (acquired from the San Diego Padres in the Clevinger trade) and Aaron Civale, although probably to a far lesser extent. And Shane Bieber, well, keep dreaming.

The more likely target is someone like Adam Plutko, a decent enough pitcher who’s out of minor league options and who might be on the outside looking in when Cleveland hammers out its rotation. Or Carrasco, the 2019 American League Comeback Player of the Year, who’s slated to earn $12 million each of the next two seasons with a $14 million club option for 2023.

The Indians might decide Carrasco, who debuted with the team in 2009 and recently fought back from a battle with leukemia, is too important to the franchise’s fabric, especially since his 2020 results (2.91 ERA, 3.59 FIP and 10.9 K/9 in 12 starts) suggest the 33-year-old still has plenty left in the tank. But a cost-cutting move isn’t out of the question given Cleveland’s depth, and Boston has the payroll wiggle room.

Michael Fulmer, Detroit Tigers
Remember when Fulmer was named AL Rookie of the Year in 2016 and an All-Star in 2017? Well, three years and a Tommy John surgery later, he’s no longer a highly coveted asset, making him an interesting value play as Detroit tries to make room for its influx of top-tier pitching prospects.

Casey Mize and Tarik Skubal debuted in 2020. Matt Manning, Joey Wentz, Franklin Perez and Alex Faedo probably aren’t too far behind, which could open the door for the Tigers to trade Matthew Boyd, Spencer Turnbull and/or Fulmer.

Fulmer, who’ll turn 28 in March, is set to become a free agent after the 2022 season. He struggled in 2018, missed all of 2019 and was terrible in 10 starts this past season. But maybe there’s still something there with a little more recovery time and a change of scenery.

Danny Duffy is entering the final year of a five-year, $65 million contract extension. Not sure the Red Sox — or any team, for the matter — would want to foot the full $15.5 million bill for 2021, but maybe the sides can get creative if the Royals feel compelled to move the left-hander.

If not, Brad Keller and Junis represent two alternatives. Both are under club control for the next three seasons. Keller, 25, is younger and better than Junis, 28, so we’ll assume Kansas City would be more inclined to trade the latter.

Joe Musgrove, Pittsburgh Pirates
The Pirates just finished with the worst record in baseball. They own the No. 1 pick in 2021. They are rebuilding. In theory, everything should be on the table as they try to cut costs and secure long-term pieces.

We’ll simply highlight Musgrove because he’s the most valuable of the bunch, entering his age-28 campaign and under team control for two more years after a string of pretty good seasons.

Steven Matz, New York Mets
There always seem to be rumblings surrounding Mets starters, dating back to Matt Harvey’s days in Queens and continuing today with Noah Syndergaard nearing free agency next offseason. But Matz, a former highly touted prospect, is coming off a 2020 season in which he was knocked around, resulting in a shift to the bullpen.

The Mets admittedly would be selling low on the 29-year-old, a less-than-desirable outcome for a former second-round pick who’s flashed potential over the past six years. It just seems like the relationship has run its course, so much so that it wouldn’t be shocking if New York simply non-tendered the lefty as his price tag increases in his final year of arbitration eligibility before reaching free agency.

Austin Voth, Washington Nationals
The World Series hangover was very real in the nation’s capital, which could prompt a shakeup that involves tweaking the rotation beyond Max Scherzer, Stephen Strasburg and Patrick Corbin.

Voth won the No. 5 spot in Washington’s rotation in 2020 before flopping to the tune of a 6.34 ERA over 11 starts. The 28-year-old was good enough in 2019 to suggest better days are ahead, but he’s out of minor league options, forcing the Nats’ hand a bit even though he’s under team control through 2025.

Joe Ross is another name to consider on the 2019 champs. He opted out of the 2020 season but is under team control through 2022.

Vince Velasquez, Philadelphia Phillies
Sometimes, you just need to move on. And while we’re not sure whether the Phillies officially have reached that point with Velasquez, a 28-year-old entering his final season before free agency, it sure seems plausible.

Velasquez could earn north of $4 million this season, hardly a backbreaking sum for a team like the Phillies. But the recent results make it hard to justify keeping him around, especially if a better alternative emerges and/or Philadelphia makes a concerted effort to stay below the luxury tax threshold while attempting to re-sign catcher J.T Realmuto and/or shortstop Didi Gregorius.

Why might the Red Sox, among others, find Velasquez appealing? Well, he has a knack for piling up strikeouts, even amid his struggles. So, there’s plenty of upside.

Plus, there also might be a line of communication established, as the Red Sox just traded Brandon Workman and Heath Hembree to the Phillies for Pivetta and Connor Seabold back in August. 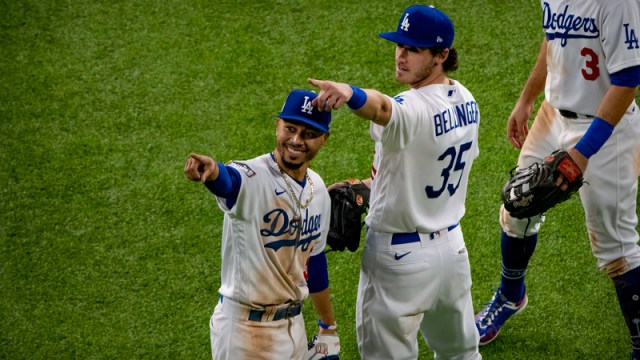 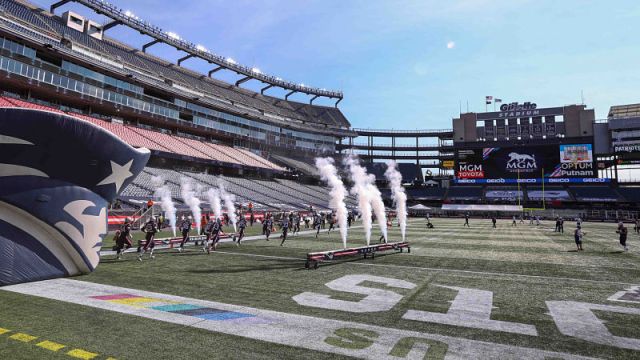