Underrated Reason Why Patriots Loss To 49ers Was Embarrassing For Defense - NESN.com Skip to content

The San Francisco 49ers quite literally ran over the Patriots during New England’s Week 7 loss at Gillette Stadium.

Patriots safety and co-captain Devin McCourty called it “embarrassing” during his postgame comments. But what may have made it all the more embarrassing was the fact the 49ers were trotting out their fourth best running back Sunday.

Jeff Wilson Jr. ran for more yards against the Patriots (112) than he did in 10 games combined last season (105). He was fourth on the 49ers’ depth chart entering the 2020 campaign.

The 49ers were ranked as the best running back group in the league by NESN.com before the season started. Wilson was down the depth chart behind Raheem Mostert (injured reserve), Tevin Coleman (out since Week 2 with knee injury) and Jerrick McKinnon, who head coach Kyle Shanahan said was limited in snaps Sunday because of his previous workload.

But Wilson had no problem picking up the slack. He rushed for three touchdowns despite having scored just five times in his career. The third-year back also picked up 4.12 yards after contact and forced four missed tackles, as noted by NESN.com’s Doug Kyed.

Now, we’re certainly not trying to say Wilson isn’t a capable back in the NFL (I mean, he proved so against the Patriots), but allowing 197 yards rushing to a team working with its fourth best rusher isn’t an every week occurrence.

And it definitely is not a display commonly found in New England. 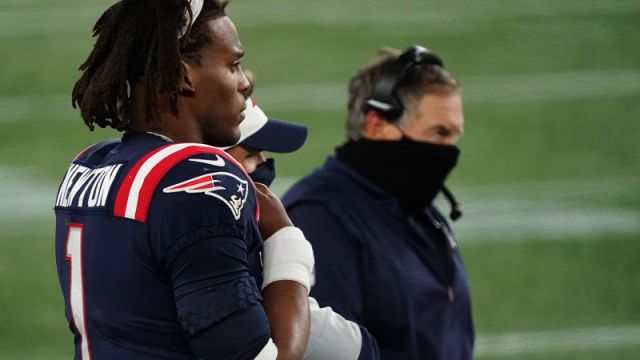 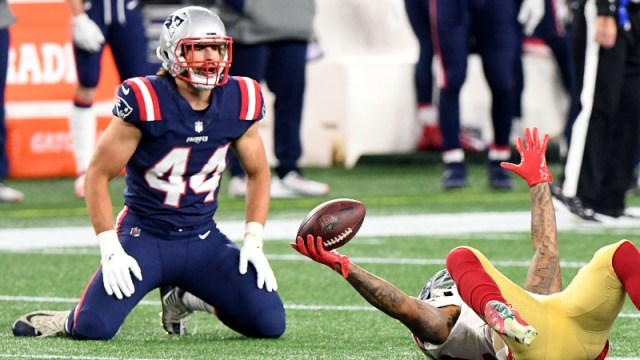