Another day, another costly throwing error by José Altuve.

The Astros third baseman committed his third error of the American League Championship Series against the Tampa Bay Rays on Tuesday night.

And it ended up costing the Astros big time.

Enoli Paredes replaced José Urquidy with two men on and nobody out. Yandy Diaz loaded the bases with a single before Joey Wendle put Tampa Bay up 2-1 with a single of his own.

But it only got worse for Houston after that.

Manny Margot laid down a sacrifice bunt to put runners in scoring position. But back-to-back hit batters made it a 3-1 Rays lead.

Another Astros pitching change led to Hunter Renfroe doubling in two more runs before the inning finally came to a close.

The Rays look to hold on to their lead and take a pivotal 3-0 ALCS lead. 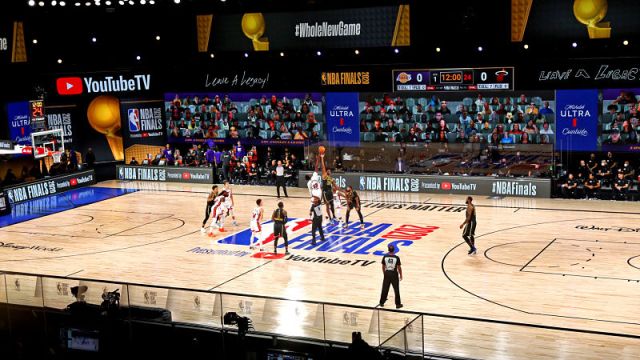 NBA Odds: When Oddsmakers Think NBA Is Most Likely To Begin 2021 Season