What Rob Gronkowski Had To Say After Buccaneers' Win Over Packers - NESN.com Skip to content

Rob Gronkowski was back to his old ways Sunday as his Tampa Bay Buccaneers earned a dominating Week 6 win over the Green Bay Packers.

The longtime New England Patriots tight end recorded the first touchdown of his Tampa tenure, hauling in five of the eight passes thrown his way for 78 yards.

Gronkowski was overjoyed to see an uptick in his individual production, having just 129 yards on 12 receptions entering Sunday’s game.

?You know, we?ve been working hard all camp, all throughout the last five weeks of the season. Things have been going well in practice,” Gronkowski told FOX Sports’ Erin Andrews after the game.

“I just knew if I kept sticking to it, kept doing what I was doing in practice week-in-and-week-out, that things would start clicking. Some times they don?t click right away and they just start clicking. And just overall, just the way we played as an offense too, that clicked, too.”

Quarterback Tom Brady and the Buccaneers offense looked much more efficient than it did during a Week 5 loss to the Chicago Bears.

“Our defense is tremendous,” Gronkowski told FOX. “With LaVonte (David) and Devin White just at the linebacker position, just how fast they are, they’re tremendous players. Just everyone overall on our defense is very sound, very good players, and they play together. It’s just an honor to take the field with our defense, they’re just lights out for real.”

On an individual level, Gronkowski’s touchdown Sunday was his first score in 679 (!!) days. He celebrated with a long awaited “Gronk spike,” which he was happy to be able to show off again.

“Just overall, I’m just glad I got a spike,” he told FOX. “What was special about it is my teammates and coaches, I just felt the energy from them, how happy they were for me. It was just a cool moment to have my first touchdown as a Buccaneer.”

Gronkowski, Brady and the Buccaneers move to 4-2 on the season while handing the 4-1 Packers their first loss of the season. 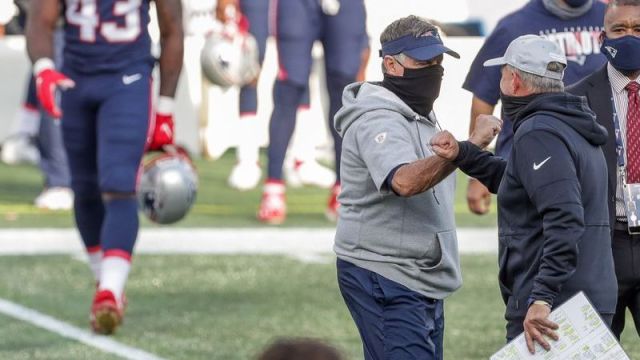 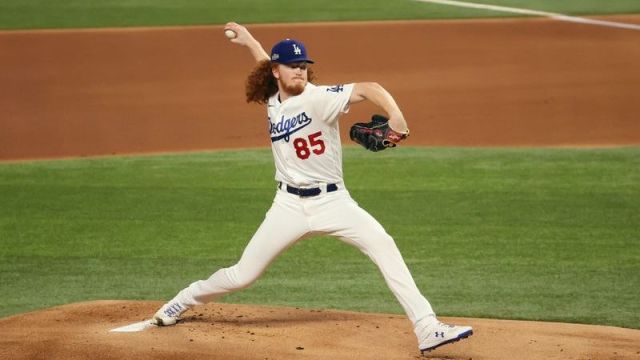 Dodgers’ Dustin May Pulled After One Inning In Game 7 Start Vs. Braves