FOXBORO, Mass. — The New England Patriots looked like a team that hadn’t practiced for two weeks Sunday in their 18-12 Week 6 loss to the Denver Broncos.

To be fair, the Patriots only practiced twice since their Week 4 loss to the Kansas City Chiefs.

But boy, was New England’s performance through the first three-quarters of its Week 6 loss ugly.

SLOPPY PLAY
Cam Newton went 17-of-25 for 151 yards with two interceptions as a passer. Tight end Ryan Izzo lost a fumble, and the Patriots’ defense was gashed inside the 20s.

It’s a credit to the unit for not allowing any touchdowns. But they did let Denver to march down the field for six field goals.

The Patriots went into the game with starting center David Andrews on injured reserve and right guard Shaq Mason and backup center James Ferentz on the COVID-19/reserve list. They also lost right tackle Jermaine Eluemunor early in the game to an ankle injury. That left Joe Thuney and Isaiah Wynn as the Patriots’ only Week 1 starting offensive linemen. Rookies Justin Herron and Mike Onwenu and second-year pro Hjalte Froholdt shifted around and filled in on the offensive line to up-and-down results.

NO CHALLENGE
It appeared that Patriots running back James White picked up a first down early in the fourth quarter on a third-and-2 run. The officials didn’t measure, and New England head coach Bill Belichick didn’t challenge the spot.

It was a strange decision since CBS showed a pretty clear replay that White’s knee didn’t touch down until after he had crossed the first-down marker. It will be worth asking Belichick if he considered challenging the spot, and why he didn’t wind up throwing the red flag.

The Patriots instead chose to punt on fourth-and-1. New England wasn’t getting anything going offensively at that point, but anything could have helped at that stage in the game.

JC Jackson, who allowed just one 35-yard catch on three targets with a pass breakup, picked off Broncos quarterback Drew Lock with 5:25 left in the fourth quarter while the Patriots trailed by nine points. An ensuing field goal cut the Broncos’ lead to one score.

Jonathan Jones, who allowed just one 16-yard catch on seven targets with a pass breakup, intercepted Lock with 3:23 left in the game while New England trailed 18-12.

The Patriots got creative letting wide receiver Julian Edelman throw twice for 38 yards on completions White and Newton. Newton had success with his legs, rushing 10 times for 76 yards with a score.

None of it was enough, however, as the Patriots came up empty on their final drive of the game as Newton threw a fourth-down incompletion to wide receiver N’Keal Harry. 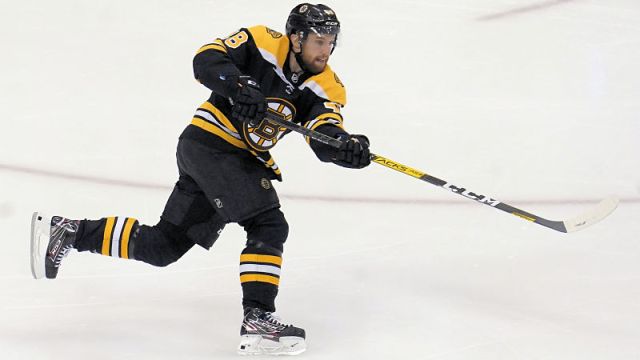 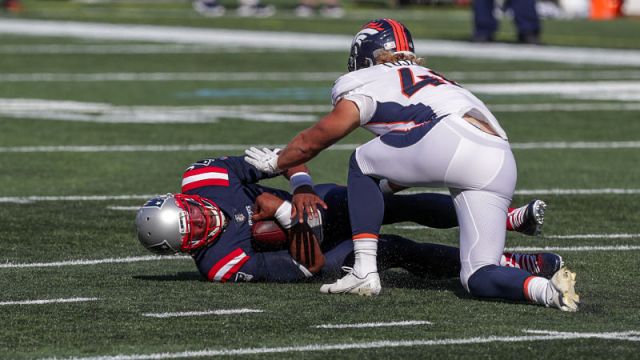