The NFL trade deadline is next Tuesday. Will Stephon Gilmore still be a New England Patriot next Wednesday?

Gilmore, the reigning NFL Defensive Player of the Year, has been mentioned as a potential Patriots trade candidate given his contract status and New England’s current 2-4 record.

Patriots coach Bill Belichick was asked during his Wednesday morning video conference about the team potential moving its star cornerback. Here was the exact wording of that exchange:

Question: So there’s this report out there that the Patriots are essentially talking to other teams about trading Stephon Gilmore, and I just wanted to ask you if you anticipate having Steph on your roster past the trade deadline.

Belichick: “I don’t know anything about those.”

It’s unclear whether the Patriots have engaged in any trade talks involving Gilmore in recent weeks.

During NBC Sports Boston’s Patriots pregame show Sunday, Albert Breer of The MMQB reiterated his previous report that New England had discussed trading Gilmore this past spring and during training camp before giving him a $5 million raise.

“They have talked about the idea of trading Stephon Gilmore,” Breer said. “They were in contract with other teams on this in March and April and then again in August.”

NFL Media’s Ian Rapoport said Wednesday on WEEI’s “Greg Hill Show” that he has not heard of any recent talks involving the 30-year-old cover man.

“I heard the rumors with Stephon Gilmore like I think probably a lot of people, but I haven’t heard them recently,” Rapoport said. “I know that teams called the Patriots in March. I know there was some discussion when Gilmore wanted a new contract. That was before the season. I just haven’t heard of anything recent, so it’s possible these rumors are kind of old. … I haven?t gotten anything that?s imminent on Stephon Gilmore.”

Because the Patriots borrowed from the final year of Gilmore’s contract to give him his preseason pay raise, he’s set to make just $7 million in salary next season — far less than a player of his caliber is worth.

Through six games this season, Gilmore has allowed 15 catches on 24 targets for 209 yards and two touchdowns with one interception and one pass breakup, according to Pro Football Focus. He’s PFF’s 50th-highest-graded cornerback and ranks 59th in passer rating against (100.9) among corners with at least 100 coverage snaps.

Gilmore also leads all Patriots players with four penalties (three for defensive pass interference and one for defensive holding). He allowed just one touchdown in 2019 and posted a passer rating against of 47.4, per PFF.

“Great. Great. Steph works hard,” Belichick said. “He’s always ready to go. Changes up what he does based on our game plan, who we’re matched up against, the team we’re playing that particular week. He’s a very flexible player that understands what we’re trying to do and how it all fits together and works hard to do his part in it.” 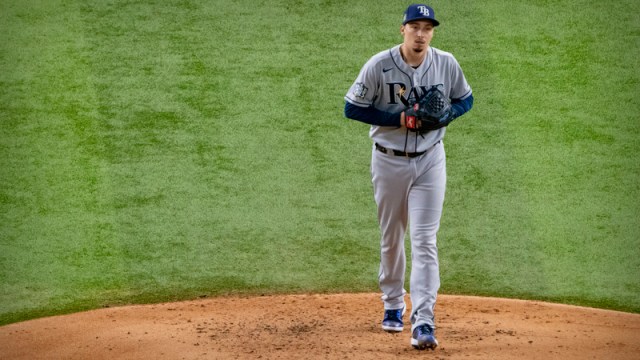 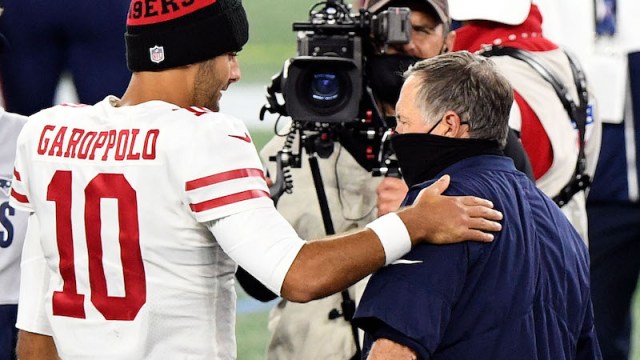