Belichick compared Fitzgerald to a legendary quarterback, but not former-Patriots great Tom Brady.

“Yeah, well I’ve spent quite a bit of time with Larry,” Belichick said during a news conference. “Larry’s a very dedicated football player who works extremely hard and is very knowledgeable in all phases of the game but particularly passing game and techniques, training, fundamentals.

“He’s, I would say, to receivers what Peyton Manning was to quarterbacks in terms of the type of total obsession of knowing everything about the position and how to do things and convey those to his teammates. He’s had tremendous production. I mean, other than Jerry Rice, those two guys are really at the top of the production list in pretty much every area. His longevity has been remarkable. I think that’s a testament to his physical training, but he has great awareness and instincts as well as all of the other things that go with being a receiver. He had tremendous hands, concentration, ability to make clutch plays and really match up against most every type of defender. He finds a way to win with the skills that he has in his style of play. He’s a tremendous player. He’s had a tremendous career. I don’t know how you could do much more than what he’s done in the amount of time he’s done it in. He’s had tremendous tremendous durability and production.”

Perhaps Brady would be the Rice of quarterbacks.

The Patriots take on the Cardinals on Sunday. Fitzgerald, 37, has 43 catches on 57 targets for 336 yards this season. He’s second all-time with 1,421 career receptions and 17,419 receiving yards and sixth with 120 receiving touchdowns. He’s also missed just six games in his 17-year career.

Fitzgerald, as well as Manning, Brady and Belichick, made the NFL 100 team, which Belichick helped to select. 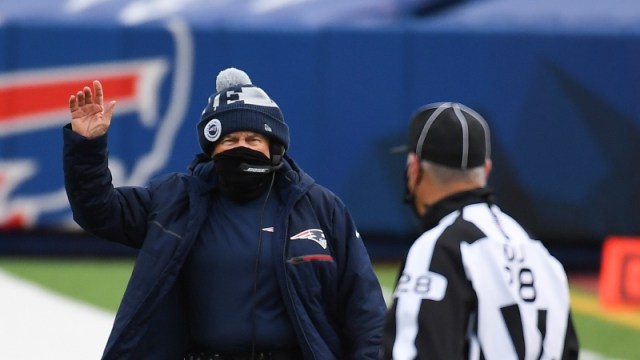 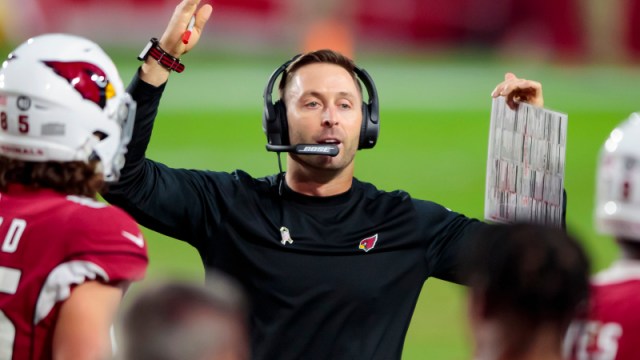