The first came in the final minute of the first half. Facing third-and-1 with 12 seconds remaining and no timeouts, Belichick opted to send out his field-goal unit rather than take one shot toward the end zone. Nick Folk converted from 33 yards out, cutting Buffalo’s lead to 7-6 at the break.

Asked why he chose to kick on third down, Belichick replied: “To ensure the three points.”

Belichick added that a throw into the end zone in that scenario was “probably a low-percentage play.” Any tackle in the field of play likely would have ended the half.

The Patriots were burned in a similar situation in Week 4, when Brian Hoyer’s ill-advised sack prevented them from attempting a field goal in the waning moments of the second quarter.

Asked whether he was disappointed that Belichick didn’t give the offense one more play Sunday, quarterback Cam Newton responded: “No, sir.”

Belichick’s second debatable call came after running back Damien Harris had scored a 22-yard touchdown to tie the game late in the third quarter. The Patriots opted to surprise Buffalo with an onside kick but were unable to recover.

Gifted a short field, the Bills proceeded to run nine consecutive running plays, capping the drive with a 2-yard touchdown by quarterback Josh Allen that put the hosts ahead 21-14.

Why try the onside kick at that juncture?

“We were trying to make a positive play,” Belichick said.

The Patriots tied the game one drive later on a 2-yard touchdown run by Newton and held the Bills to a field goal on their next possession. Newton drove New England into Buffalo’s red zone as time wound down but fumbled with 31 seconds to go. The Bills recovered, sealing their first home win over the Patriots since 2011.

The loss — the fourth straight for Belichick’s club — dropped the Patriots to 2-5 on the season, 3 1/2 games back of the 6-2 Bills in the AFC East. 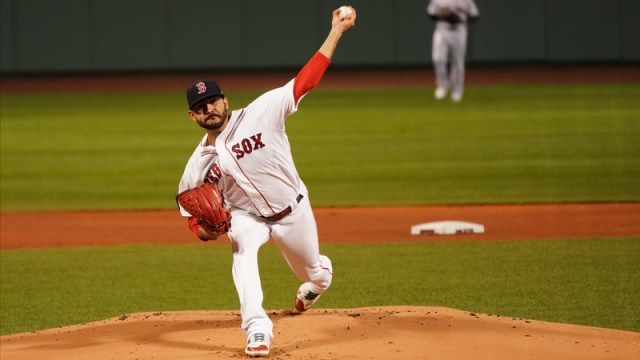 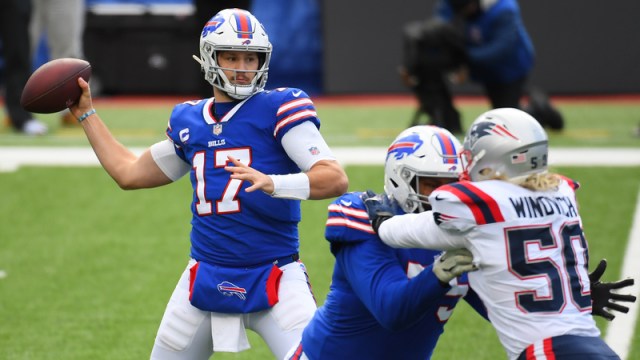