Chase Winovich was out of the doghouse and thrown back into the fire Monday night in the New England Patriots’ Week 9 win over the New York Jets.

Winovich must have done or said something right this week, because, while his official snap count has not yet been formulated, the second-year pro saw his most playing time since at least Week 4 on Monday night in the 30-27 win. He finished fourth on the Patriots with four tackles, including stops of Jets running back Frank Gore for one yard and no gain on consecutive plays in the third quarter.

“Oh man, it felt great being back out there with the boys,” Winovich said Monday night. “It was really hard being away the past couple games, just watching the team from the sideline, really. Yeah, there’s a phrase in Serbia, and I might butcher this, it’s ‘ako Bog da,’ which is ‘God willing.’ I’m not really that religious, but God willing. I was out there, got a chance and made out healthy.”

Winovich wouldn’t get into specifics on why he saw such a sharp decline in snaps starting in Week 6 after the bye.

“Yeah, I can’t really speak much about the game plan, but it was just part of the game plan,” Winovich said. “I guess you giveth and you taketh and I knew I had to be better on some of my fundamentals and assignments and just basic football things. It was a great opportunity for me to display some of that. So, I’m just happy we got the team win and I can contribute in a positive way.”

Winovich has been the Patriots’ best pass rusher so far this season. The Patriots began taking him off the field in early downs, when the offense most frequently runs the ball, starting in Week 6. The Jets ran the ball just 18 times for 65 yards on Monday night and actually had more success passing the ball. 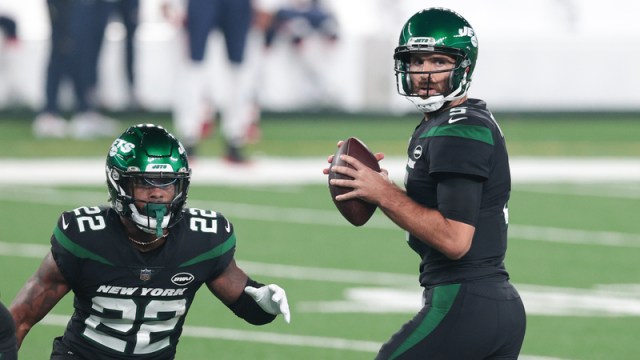 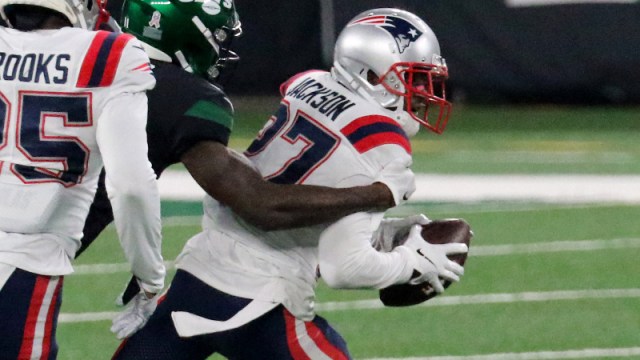 How J.C. Jackson Salvaged Rough Night For Patriots’ Defense In Win Over Jets