Deshaun Watson gave the Houston Texans a jolt right when they needed it.

The Texans signal-caller rumbled four yards for a second-quarter touchdown, running through New England Patriots safety Devin McCourty and linebacker Ja’Whaun Bentley in the process. Watson’s impressive touchdown run gave Houston its first lead of the game, which the Texans ultimately claimed by a score of 27-20.

After the game, Watson broke down the dash to pay dirt.

“On that run, I was just trying to make something happen,” Watson told reporters. “I kind of just reacted, went for it to see where it took me and just took both those guys into the end zone. But it just gave the offense energy, the whole team energy and they saw that and kind of continued through the rest of the game.

Watson added: “It just depends on the situation, honestly. I?m not going to do it every week, not with everyone. So, you definitely got to pick your spots, but I just kind of reacted and just went for it. That?s pretty much it right there.”

Watson’s teammates praised the fourth-year superstar for his performance — the first quarterback to throw for 300-plus yards against the Patriots this season — and that touchdown run specifically.

“I don?t know how it was on the sideline, but I was in the game, and I know we were turnt. We were lit,” Houston tight end Jordan Atkins told reporters. “That was a big-boy play. That?s something I try to do.  It was amazing, man. And (Watson), he?s stronger than what he looks, I?ll tell you that.”

Texans defensive end J.J. Watt added: “It was great. That?s a hell of a play. Not many quarterbacks are going to put their shoulder down and try to run over somebody. It?s always a big play for your team when your quarterback does that, shows what he?s all about and shows that willingness to kind of get dirty. It?s a big play and it?s a great play.”

Watson was incredibly impressive in the Texans’ win over the Patriots, which snapped New England’s two-game win streak and likely put their playoff hopes on ice. The two-time Pro Bowl quarterback completed 28 of his 37 pass attempts for 344 yards and two touchdowns. He also added a team-high 36 rushing yards on six carries with another score.

The Patriots move to 4-6 with the loss while the Texans improve to 3-7. 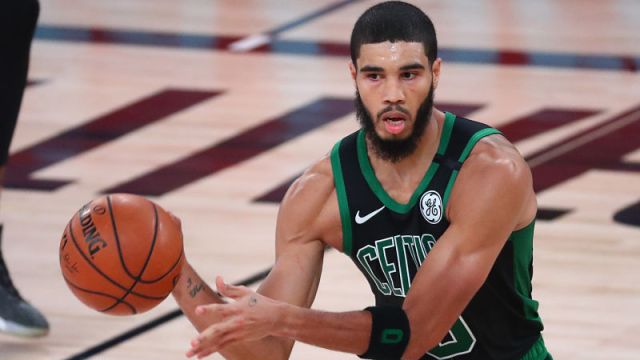 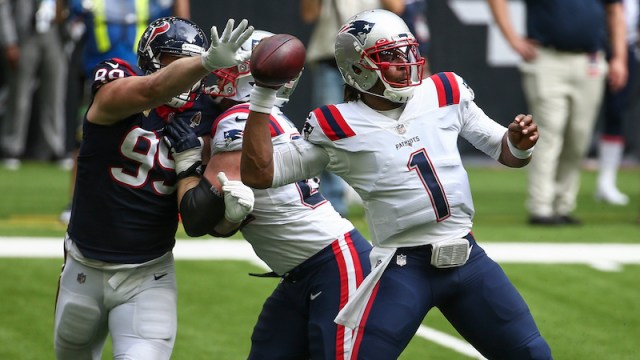