Not that Bill Belichick is the king of tipping his hand, but he’s attempting to quell rumors that the New England Patriots were considering moving Stephon Gilmore.

With the Patriots stumbling this season and Belichick effectively admitting this is a reset year, it had been speculated for weeks that the reigning NFL Defensive Player of the Year might be moved.

And the reported ask was for Gilmore was massive, as the Pats were said to want a first-round pick and a player for the 30-year-old.

But when asked about those rumors, Belichick had a blunt response.

This doesn’t close the door on Nick Caserio taking calls on Gilmore. Regardless, it probably wouldn’t be the best move on Belichick’s part to outright admit to listening to offers on Gilmore when the cornerback remains on the team.

The Patriots ended up making one of the few moves around the league at the trade deadline, acquiring wideout Isaiah Ford from the Miami Dolphins. 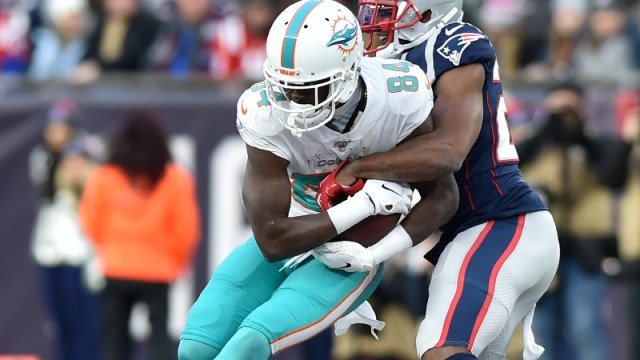