Do Patriots Have Any Chance Of Making Playoffs After Loss To Texans? - NESN.com Skip to content

After last week’s upset win over the Baltimore Ravens, the New England Patriots graduated from an also-ran to a potential playoff dark horse.

But most conversations about the Patriots’ postseason odds began with an important caveat:

The Patriots were torched by Deshaun Watson, scuffled through an uneven offensive performance and lost to the Texans 27-20 on Sunday at NRG Stadium, dropping them to 4-6 on the season.

New England’s chances of qualifying for the playoffs — something they’ve done every year since 2008 — were slim before the loss. Now, they’re downright infinitesimal.

With six AFC teams sitting at 7-3 or better and three more at 6-4, the Patriots almost certainly would need to finish 10-6 to have any chance of getting in, even with the extra wild-card berth added this season. That means they’d need to win out.

Is that possible? Theoretically.

It’s happened five times since the NFL schedule expanded to 16 games in 1978, according to Pro Football Reference, most recently by Aaron Rodgers and the “Run The Table” Green Bay Packers in 2016. Green Bay won eight in a row that year after starting 4-6, making it all the way to the NFC Championship Game before losing to the Atlanta Falcons.

The 2012 Washington Redskins, 1995 Detroit Lions, 1994 Patriots and 1991 San Francisco 49ers all won six straight to finish 10-6. Washington, Detroit and New England lost in the wild-card round after their respective late-season rallies. San Francisco missed the playoffs. (A total of 203 teams have started 4-6 since ’78.)

“I mean, it?s been must-win for us for the past three to four weeks,” Patriots safety Adrian Phillips said after Sunday’s loss. “We?ve got six losses right now. It is what it is. You can?t lose another one. We felt like that when we had five losses, but it?s even more now. … We know our back is against the wall.”

The Patriots’ remaining schedule is a bear, though, and they have not shown the ability to string together solid wins over quality opponents (or any opponents, really). Their final six games are as follows:

If the season ended today, the Cardinals, Rams and Bills would be in the playoffs. The Dolphins are a tiebreaker out of the final AFC wild-card spot, and their stadium has been a house of horrors for visiting Patriots squads. The Chargers have not lost a game by more than eight points all year. New England needed a last-second 51-yard field goal to beat the Jets two weeks ago.

The Patriots, who currently sit in 11th place in the AFC and third place in the AFC East, will win some of these games. They’ll probably even upset a team or two, like they did against the Ravens in Week 10. But six straight victories — for this team, against those opponents — just isn’t realistic. 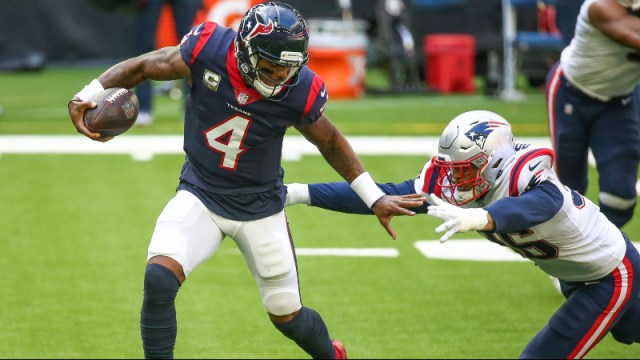 What Frustrated Patriots Most About Loss To Deshaun Watson, Texans 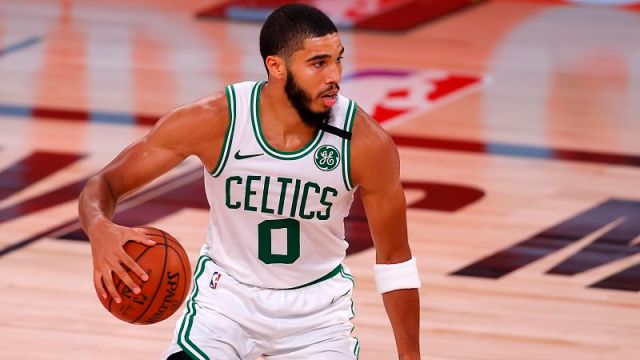