FOXBORO, Mass. — Sunday’s game — and, perhaps, the New England Patriots’ season — turned on the final play of the first half.

As time wound down in the second quarter at Gillette Stadium, the visiting Arizona Cardinals faced fourth-and-goal from inside the 1-yard line.

A field goal would have put the Cardinals — who were set to receive the second-half kickoff — up six heading into the locker room. Head coach Kliff Kingsbury opted to keep his offense on the field.

No team has averaged more yards per rush than Arizona this season, but in this moment, top back Kenyan Drake could not traverse the six inches that separated him from the Patriots’ end zone.

Akeem Spence, elevated from the practice squad Saturday after the Patriots lost two other defensive tackles to injury, stood his ground against guard J.R. Sweezy, then tossed him aside. Linebacker Ja’Whaun Bentley stepped into the hole and engulfed Drake, teaming up with Spence to halt him for no gain.

The Patriots scored 10 points in the third quarter to pull ahead, and Nick Folk booted a last-second 50-yard field goal to give New England a 20-17 victory.

“The stop at the end of the half was a big one,” head coach Bill Belichick said in his postgame video conference. “… I think Bentley made a good, strong tackle. That was obviously a huge, huge play for us.”

?It was crucial,” said safety/linebacker Adrian Phillips, who was on the field for the play. “It was crucial. They had the ball with whatever many seconds left, and it?s fourth-and-1 on the goal line. If they score — and on top of that, they get the ball back (after halftime). So it was just a big swing of momentum and a big swing in points.

“It was huge for us to be able to go out there and get the goal-line stand. You go into halftime, now everybody?s amped up, and that?s exactly what we needed for our team.”

Phillips described the mood in the Patriots’ locker room at halftime as “crunk.”

“They were full of emotions,” he said. “You come off a goal-line stand like that — those are the plays you see on commercials or in games, and just being a part of a goal-line stand is a great feeling. So everybody?s happy, everybody?s crunk, but at the same time, you know you?ve got to go out there and do it again.”

Officials reviewed the play, but replays confirmed Drake did not cross the line.

The Patriots’ defense delivered another vital stop late in the fourth quarter, with Bentley, Terez Hall, Stephon Gilmore, Adam Butler and Kyle Dugger gang-tackling Drake short of the marker on third-and-2. Zane Gonzalez missed a 45-yard field-goal attempt one play later, and Folk kicked his game-winner on the ensuing drive.

The Cardinals’ 17 points were a season low for Kingsbury’s club, and their 4.1 yards-per-carry clip was well off their NFL-leading season average of 5.15. Dual-threat quarterback Kyler Murray ran just five times for 31 yards.

Winning with defense and special teams on a forgettable day for their Newton-led offense, the Patriots kept their slim playoff chances alive. They now sit at 5-6 with five games to play.

“Being able to control the game defensively against a high-powered offense, just to hold those guys to 17 points, that’s a tough task,” Phillips said. “When you step up to the plate and handle business like that, it shows your guys that we can do this.” 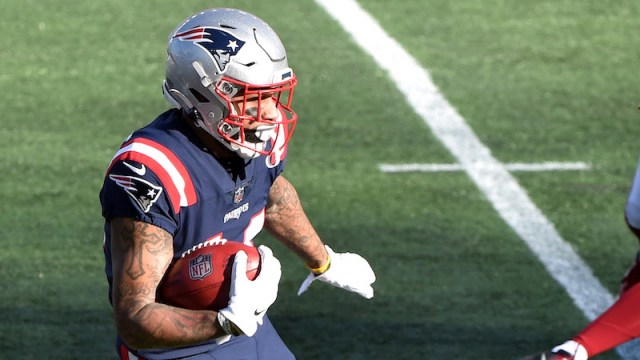 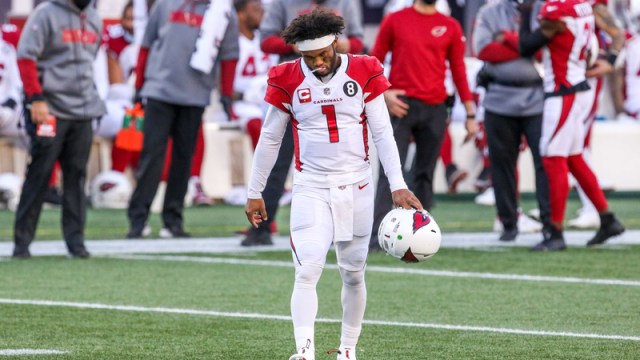