Some final thoughts on New England?s 27-20 loss to the Houston Texans as the Patriots turn their focus to Sunday’s matchup against the Arizona Cardinals:

— Jakobi Meyers is discovering what life is like for a No. 1 receiver.

Speaking Monday in a video conference, Meyers said he “definitely” noticed Texans defensive backs focusing more on him than earlier opponents had.

That’s no surprise — Meyers had been one of the NFL’s most productive pass-catchers over the previous four weeks — but it does illustrate just how far his stock has risen in a relatively short period of time. Remember, this is a player who was a healthy scratch for two of the Patriots’ first five games.

Byrd finished with a career-high 132 yards on six receptions, including a 42-yard touchdown.

“(The Texans) had play calls where the safety would dive on me,” Meyers said. “That?s how we ended up making the play on Damiere for the touchdown. They definitely did some things to make sure I didn?t kill them, and they made everybody else beat them. But we?ve got a great (receiver) room.”

The Texans were lined up in a Cover 1 look with one deep safety on Byrd’s touchdown. When Meyers crossed the field on an over route, the safety jumped down to double him, leaving the middle of the field vacant.

The speedy Byrd, who said he’s typically used as a clear-out man on that particular play, beat cornerback Phillip Gaines on a deep post and hauled in a perfect pass from Cam Newton.

A similar situation played out in reverse four plays earlier. On that play — a third-and-10 — Meyers was running the post against a Tampa 2 look. He drew triple coverage as he streaked down the field, creating space underneath for Byrd, who ran a deep in-cut.

The catch-and-run went for 30 yards.

Of course, No. 1 receivers are expected to produce themselves against defenses specifically gearing up to stop them. That’s what Meyers is focusing on moving forward, with Julian Edelman — the Patriots’ longtime top target — providing valuable insight.

As an undrafted rookie last season, Meyers was on the other side of this equation, occasionally benefiting from distracted defenses that were hellbent on limiting Edelman. He caught 26 passes for 359 yards in a deeply flawed Patriots receiving corps.

?The NFL isn?t an easy place to be, honestly,” Meyers said, “and I learned a lot last year when Jules would get double-teamed a lot and the other guys would have to step up, like myself, Gunner (Olszewski), N?Keal (Harry). So now to be in (Edelman?s) shoes and kind of understand what he goes through, I see that I have to be better myself, honestly. I have to be able to win my 1-on-1s regardless.”

The 2020 Patriots have received key contributions from Meyers, who emerged after Harry suffered a concussion and Edelman landed on injured reserve following a knee procedure. Edelman has yet to return to practice (he became eligible to do so last week) but has remained heavily involved behind the scenes, according to Meyers.

“Every day, Jules comes in, and if he sees something, he?s going to automatically tell me,” Meyers said. “So we?ll watch film, if he sees me do a little route detail — like today, we were talking about one of my releases in the game. He was like, ?All right, now that you did this on tape, how can (you) counterbalance that or what can (you) do next time?? So he?s definitely been an ultimate vet for me and just helping me with little things to better myself and helping the offense.”

Meyers’ goal is to cement his status as a reliable pass-catching threat that defenses must respect, even when (or if) Edelman is able to return.

“When Jules comes back, if he doesn?t come back — I?m not sure what his situation is — I?ve got to be able to win my 1-on-1s at all times and be a guy that they can count on, so that way they just can?t sit here and say, ?Oh, I?m going to double this guy and take him out of the game.’ ” Meyers said. “I?ve got to present myself as a threat at all times, and hopefully I can help the offense as best as I can.”

Meyers already has surpassed his rookie-year totals in catches and receiving yards, hauling in 31 passes on 41 targets for 391 yards. He’s also hardly left the field since Week 8, playing all but four offensive snaps over the last four games.

— Sunday’s game featured a few great plays by top Patriots draft pick Kyle Dugger — and a few more that couldn’t have been fun to rewatch during film session.

The rookie safety/linebacker is a weapon in the run game and might be the hardest hitter on New England’s defense. He showed off those talents during the first quarter, shooting up from the second level to hogtie Duke Johnson for a 2-yard loss and later popping Johnson at the line with a hit that could be heard on the broadcast.

That was the good. The not-so-good? Dugger’s performance in pass coverage.

Tight end Darren Fells beat him for 16 yards on second-and-9. Tight end Jordan Akins beat him for 25 yards on third-and-4. He also was flagged for illegal contact against Akins.

Dugger had a few coverage mishaps in his largely excellent performance against the Baltimore Ravens, too, benefiting from an offensive penalty and a poor Lamar Jackson pass after letting star tight end Mark Andrews slip free on two occasions.

It also was a bit underwhelming to see Dugger, for all his power, get stonewalled on one of his two pass-rush opportunities Sunday. He rushed off the edge in the final minute of the first half — one of just five blitzes New England called against Deshaun Watson — and was wrestled to the ground by Johnson.

Watson drifted to his right and threw a dart to Keke Coutee for a 6-yard touchdown.

Dugger has shown a ton of promise this season, but uneven performances like these are bound to happen for young players, especially ones making the gigantic leap from Division II to the NFL. He’s a work in progress who should benefit from more playing time down the stretch.

James White and Cam Newton shared their reactions after the game, with Newton calling it “extremely devastating.” A visibly shaken White, Burkhead’s position mate for the last four years, appeared to be fighting back tears as he said, “I’ll miss my guy, man.”

“Look, just to be honest and transparent, it sucks,” Andrews said. “That’s the worst part of this game. It?s tough. You?ve got a lot of these guys you work with and have played a lot with, and it just — it sucks. It?s an unfortunate reality of this game. It?s a violent game, and unfortunately, that happens. But my prayers and thoughts are with Rex.

“Especially after the game. It?s hard to process it during the moment. You?ve got to put that behind you, and you?ve got to go play. But then you get in the locker room and see a guy and the emotion? It sucks. It?s the unfortunate part of this game.”

As of Monday afternoon, the Patriots still were awaiting the official diagnosis on Burkhead, who did not fly home with the team from Houston. But they reportedly fear he tore his ACL. That injury would sideline the versatile running back for the rest of the season and potentially into the 2021 campaign. 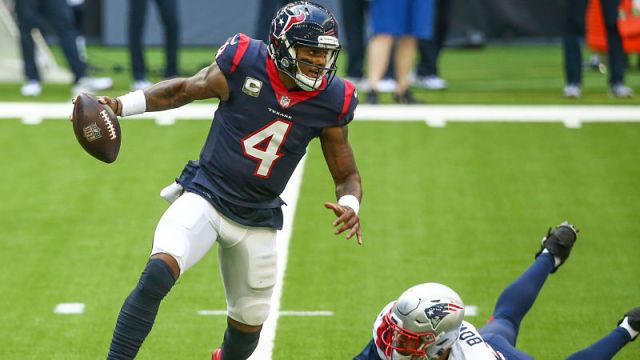 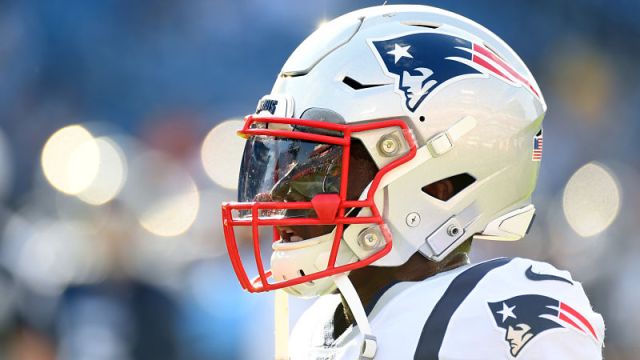