Ravens Lament 'Unacceptable' Defensive Effort After Being Run Over By Patriots - NESN.com Skip to content

Harris was far-and-away the team’s leader, as the second-year running back set a career-high with 121 rushing yards on 22 carries (5.5 yards-per-carry). Harris now has three 100-yard performance in six games this season, likely earning him the lead role even upon Sony Michel’s return.

Unsurprisingly, the Ravens weren’t happy with their effort in a 23-17 loss to a Patriots team fighting just to keep its season alive.

“When we let up that many rushing yards from a team, it?s unacceptable and we going to get on film and get it fixed,” Ravens linebacker Matt Judon told reporters on a video conference. “If they got a rushing attack and the team run the ball like that, you usually lose. There?s no excuses.”

The Ravens did settle the Patriots down a bit in the fourth quarter as it turned to be a much more defensive game with the rain pouring down on the Foxboro turf. By that point, though, the Ravens were just trying “to patch up the bleeding,” Judon said.

Baltimore head coach John Harbaugh wasn’t thrilled with the performance either. The Ravens entered the game first in the league in points allowed this season and among the top-10 in both rushing yards allowed and rushing touchdowns given up. New England eclipsed Baltimore’s average allowed per game (101) and measured almost identical with the yards-per-carry allowed (4.5).

“We did expect them to do that,” Harbaugh responded when asked if the Ravens were of the belief the Patriots would rely heavy on their ground game.

“It wasn?t any really scheme thing. Sometimes we were in man coverage and they?ll run crack tosses against man coverage because you don?t have an edge player out there, but you still have to beat crack blocks and go chase them down,” Harbaugh continued. “We didn?t do a good enough job of that on those plays. Then the inside runs, those are just plays we have to play better. We got to do a better job on inside runs. That?s not something we?re OK with at all.”

The Patriots move to 4-5 with the win, having the opportunity to get back to .500 with the Houston Texans during Week 11. The Ravens drop to 6-3, and now three games back of the Pittsburgh Steelers for the AFC North. 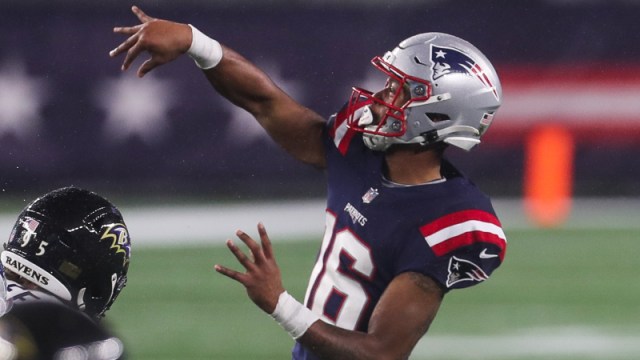 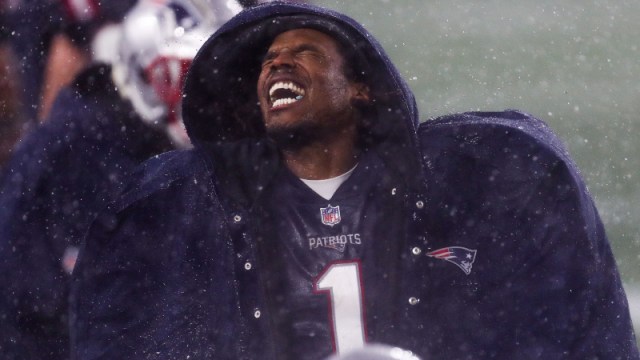