The newly minted 24-year-old lit up the New York Jets in one of the most productive games ever by a New England Patriots wide receiver, catching 12 passes on 14 targets for 169 yards.

The last of those receptions — a 20-yard strike from Cam Newton with less than 10 seconds remaining — set up Nick Folk’s game-winning 51-yard field goal. New England won 30-27 to snap a four-game losing streak and improve to 3-5 on the year.

“It was a fun game, I’m not going to lie,” a smiling Meyers said in his postgame news conference. “It was just fun to be out there with the team. I just enjoyed every moment of it.”

Meyers’ 169 receiving yards were the ninth-most in the Bill Belichick era and the 13th most in Patriots history, including postseason games. The list of Patriots players to catch 12 or more passes and record 169-plus receiving yards in a single game is a short one:

?I?m just a young guy trying to take advantage of my opportunities,” Meyers said. “The more they give me, the more I?m going to try to do. Hopefully, I can keep building and every week gets better than the week before. Just keep taking advantage of those opportunities and keep trying to grow every day.?

What We Learned In Patriots 30-27 Comeback Victory Over Jets

Meyers, who joined the Patriots as an undrafted rookie last season, has been a revelation for New England’s offense in the last three games, raising the question of why he played such a small role early in the season.

Since fellow wideout N’Keal Harry suffered a Week 7 concussion that he has yet to return from, Meyers has caught 22 passes on 30 targets for 287 yards, leading the team in all three categories during that span by a wide margin. He played just 22 total snaps over New England’s first five games, tallying one catch on one target for 7 yards.

Monday’s performance would have been even more productive had Newton not overthrown a wide-open Meyers on a fourth-quarter deep ball.

?Jakobi?s done a good job for us all year,” Belichick said. “He?s a good route-runner, really understands the coverages and timing and when to be open on the route and how to take advantage of different coverage leverages. Cam did an excellent job. We missed him on one big-play opportunity, but Cam hit him quite a few times. It must have been double digits there.”

Newton, who coached Meyers on an all-star 7-on-7 team when the second-year wideout was still a high school quarterback, said he’s been “extremely proud” of the way Meyers has stepped up while Harry and veteran Julian Edelman (injured reserve) have been sidelined.

?He?s such an easy target to throw to, as you can kind of tell, and he just finds a way to get open,” Newton said. “He?s got a knack for the ball, and his decisiveness while running routes (makes it) easy to tell where his body language is going to go.”

“He?s the person who I?ve known the longest (in) this whole ordeal,” Newton said of Meyers. “Me knowing Jakobi when he was 16, 17 years old coming out of high school, and both of us being from the greater Atlanta area, for him to be morphing into the player that he is today, it?s just hard work paying off for him.

“He?s learned so much from believing in this system and also learning from the best to do it — the gritty type of guy in (Edelman) — and him being accessible for him, watching him on film and seeing how he practices and using him as a vessel, it shows for Jakobi to go out and put it to fruition with the hard work that he puts in.”

Patriots receiver Damiere Byrd also chipped in with 65 yards on five receptions against the Jets, including a 31-yard catch-and-run that set up Newton’s game-tying touchdown plunge. New England scored points on each of its four second-half possessions, erasing a 10-point fourth-quarter deficit to score its first win since late September.

“It was a lot of fun,” Meyers said. “I truly enjoyed the game, and hopefully we can build off this. … It’s definitely a momentum-builder, I think.” 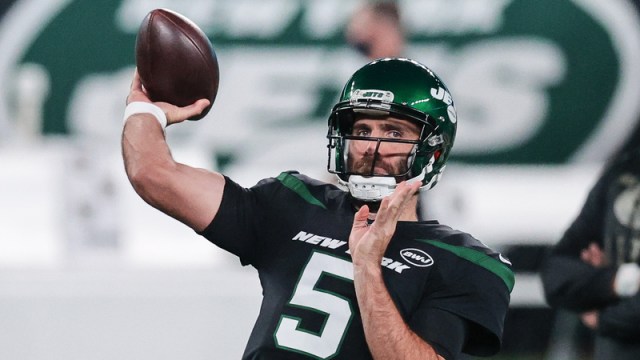 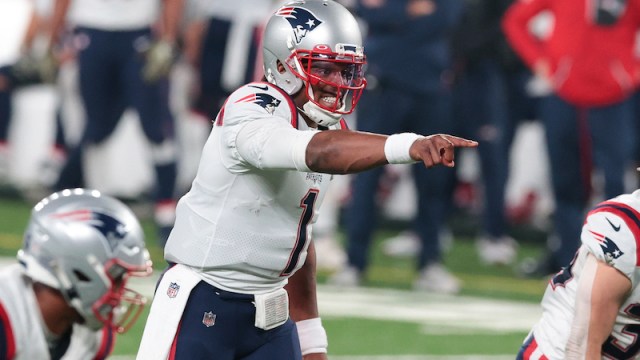