Patriots Mailbag: What Can Pats Fans Look Forward To In Second Half? - NESN.com Skip to content

Wide receiver Isaiah Ford and defensive tackle Isaiah Mack both are eligible to play Sunday night. The Patriots probably won’t have tight end Jordan Thomas, who was claimed off waivers Monday, available by Sunday night but they could elect to sign Dylan Cantrell or David Wells off of their practice squad to provide some needed depth behind Ryan Izzo.

Who knows how effective Ford, Mack, Thomas, Cantrell or Wells could be, but it’s always fun to watch new additions.

Jackson held his own Week 8 in a really difficult matchup against Buffalo Bills wide receiver Stefon Diggs. He had two rough plays last week against the New York Jets.

I think Jackson was only “exposed” because expectations have been set so high. Prior to Week 8, Jackson had never let up more than 59 yards in a regular-season game. He’s allowed just four regular-season touchdowns in his three-year career. So, down performances eventually are bound to happen. And if anything, his last two games have been a little reminiscent of Baltimore Ravens cornerback Marcus Peters, who tends to give up some chunk plays, but he makes big plays to make up for them. That’s been Jackson’s forte over the last two weeks.

It seems likely Stephon Gilmore will be out again in Week 10, so Jackson should be tested as the Patriots’ top cornerback Sunday against the Ravens.

@gcabreu87
Based on Patriots remaining schedule and the way Patriots has played, what is your W-L prediction by the end of the season? #MailDoug
The Patriots still have the Ravens, Houston Texans, Arizona Cardinals, Los Angeles Chargers, Los Angeles Rams, Miami Dolphins, Buffalo Bills and New York Jets on their schedule.

Realistically, I think they’ll go 3-5 the rest of the way for a 6-10 record. There’s a path to do better, however. The Patriots could definitely beat the Texans, split against the LA teams then beat the Bills and Jets for a 4-4 record. It’s certainly not out of the realm of possibility that they could beat the Cardinals and Dolphins, as well. A 6-2 record would make the Patriots 9-7 on the season. That could be enough to sneak into the playoffs now that seven teams make the postseason per conference.

@MarkJohnBennett
Based on what we’ve seen so far, what is Cam Newton’s upside now. Middle of the pack QB? Return to glory?
I’d put his potential based on a seven-game sample size at slightly above middle of the pack. Return to glory means MVP, and while Newton has certainly shown flashes in Weeks 1, 2, 8 and 9, I wouldn’t put it anywhere near that level.

The Patriots’ hope should rest on whether Newton continues to get more comfortable the longer he’s in the offense. I certainly wouldn’t be surprised if that happens as he continues to gain steam in the second half of the season.

But based on what we’ve seen so far, Newton is a quarterback that’s completing 68 percent of his passes and has been effective as a runner but also has thrown two touchdowns to seven interceptions.

@TheHorntail
In your opinion, what is there to look forward to for the rest of this season? #MailDoug
(I don’t mean that in a doom and gloom way. There are things to look forward to, just want to hear your thoughts.)
I like optimism.

Here are some quick thoughts:

— Chase Winovich’s return to form as a pass rusher.

— Damien Harris as the lead back (if he’s healthy).

— Seeing how players like Ford, Mack and Thomas perform in a new uniform.

@plarkin88
If everyone?s healthy, which WR?s are on the field if we go 3 wide.
That’s so tough. I think Meyers is the only obvious answer.

Is it third down? Then Julian Edelman, who’s currently on injured reserve with a knee ailment, should be on the field. If it’s first or second down then maybe keep Edelman on the sideline. I think he should take on Danny Amendola’s old situational pass-catcher role once healthy.

So, on first and second down, the options are Damiere Byrd, Isaiah Ford and N’Keal Harry. I guess I can’t say Ford until I actually see how he looks in a Patriots uniform, so Byrd and Harry.

But let’s just say it wouldn’t take much for Ford to overtake Harry in my mind.

Has Harry proven capable of consistently finding separation and getting targeted to catch passes? Are we going to blame that on Tom Brady and Cam Newton, or are we going to admit to Harry’s obvious limitations?

The Dolphins, by the way, are probably wishing they hadn’t traded Ford with Preston Williams now on injured reserve. If Ford can catch on quickly, then he could definitely help the Patriots’ wide receiver corps. It’s also not out of the question that Byrd could find himself as the team’s No. 4 receiver. It helps that Meyers, Ford and Edelman all have the versatility to play outside or in the slot. The Patriots have options and maneuverability at the position.

@sebbehn
Jakobi Meyers and Damyere Byrd are a solid WR3-WR4 combo, and we are a strong free agent offseason signing away from having a (gasp) decent WR group. Am I being too optimistic ? #MailDoug
Maybe I’m being too optimistic, but why is Meyers a No. 3 wide receiver? He’s got 287 yards in his last three games and has shown a consistent ability to get open outside and from the slot against man and zone coverage. Julian Edelman wasn’t exactly a prototypical No. 1 or 2 receiver, but the Patriots won a lot of games with him in that role. I think Meyers could be that same type of player as a possession receiver.

Ideally, the Patriots would get a No. 1 X-receiver, but Meyers is a pretty good starting point for the Patriots’ offense, and Byrd is definitely a solid No. 4 option.

@universfont
Who is best ?could have been great? the Pats ever drafted? Robert Edward?s comes to mind.
Edwards is a solid choice. I’d throw Malcolm Mitchell into the mix, as well.

@BlxckFn
When will donte moncrief come off practice squad ? #maildoug
I think it would take an injury or two for Moncrief to get a shot at this point

@dynastymodepod
how bad would this team be coached by an average coach?
They’d probably be 0-8 if Adam Gase were the head coach. With an average coach? Maybe 1-7. This is not a strong roster, and they haven’t been helped by injuries.

@KoloKeith
Thanks for doing these! Always a great way to gain patriots info. Safe to say Lawrence and Fields are out of our reach. Do you think the Patriots will have a shot at Lance, Trask, Mac Jones or Zach Wilson, and if so which one do you think they’d target?
If the Patriots don’t win another game, then maybe Justin Fields or Trey Lance could be in play. But realistically, they’d probably have to trade up for any of the top three quarterbacks. They should have a shot at Kyle Trask, Mac Jones or Zach Wilson. I personally like Wilson because of his athleticism.

@thisryanjackson
sup?
I still haven’t caught up on sleep after the Monday night game, and now there’s another primetime game Sunday. I’m going to be a zombie for the foreseeable future.

@ShazyFifty
What has happened to our defense? Was last year a fluke or more of the players we lost?
It’s 100 percent the players that were lost in free agency and to opt-outs. You can’t expect to keep up the same level of play after losing six starters, linebackers Jamie Collins, Kyle Van Noy and Dont’a Hightower, defensive tackle Danny Shelton and safeties Patrick Chung and Duron Harmon.

@sebbehn
Rate these ice cream flavors, if you’re into frozen goodies, of course ! Chocolate, pistachio, vanilla, strawberry, other (please insert). #MailDoug
I’m a child, so I like mix-ins with my ice cream. Cake batter, Oreo and cookie dough are my go-tos.

I’d rank the above choices: chocolate, vanilla, pistachio and strawberry.

@tayfieux
Which letter in the word ?scent? is silent the S or the C?
I’m going to say the C is silent.

@VicariouslyP
Worst Christmas song of all time?
I actually like Christmas music for the most part. I really don’t like “Wonderful Christmastime” by Paul McCartney, though. I also don’t really care for “Happy Xmas (War Is Over)” by John Lennon, though I do generally like The Beatles. 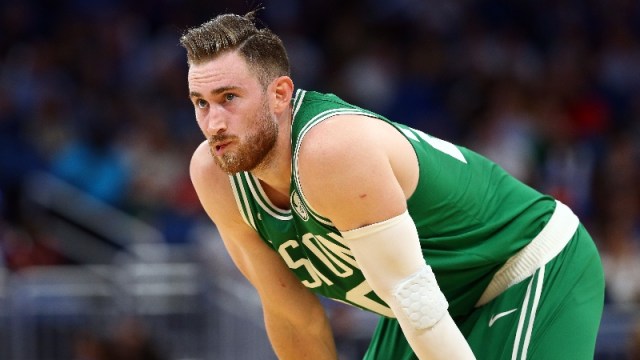 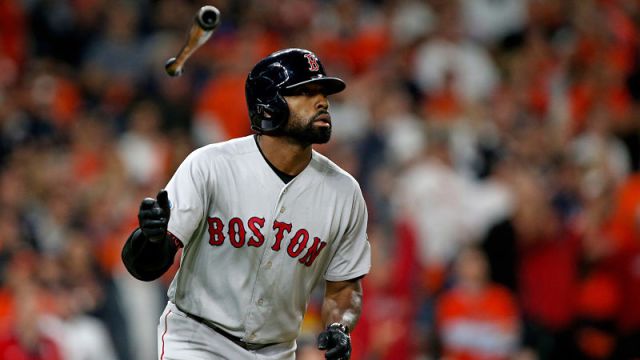