Harry almost certainly will not travel to New York to play the Jets on Monday night. Rookie running back J.J. Taylor also didn’t practice this week because of a listed illness and will likely be ruled out for Week 9 on Saturday afternoon.

So, who’s left in the Patriots’ wide receiver and running back rooms?

The Patriots acquired receiver help Tuesday before the NFL trade deadline by trading for Isaiah Ford. The former Miami Dolphins wide receiver can’t play this week as he continues to undergo COVID-19 quarantining and testing as part of the NFL’s policy.

The Patriots also signed veteran wideout Donte Moncrief to their practice squad. Moncrief already went through the COVID-19 quarantine and testing program and has practiced with New England this week, so he can play Monday against the Jets if the Patriots elevate him from the practice squad.

The Patriots still have Damiere Byrd, Jakobi Meyers and Gunner Olszewski on their active roster. Moncrief is joined by Kristian Wilkerson, Isaiah Zuber and Mason Kinsey on the Patriots’ practice squad. The Patriots would not be able to elevate Zuber to their 53-man roster without formally signing him. He’s out of standard elevations (two) from the practice squad to the 53-man roster.

The Patriots have running backs Damien Harris, James White and Rex Burkhead on their active roster. Sony Michel returned to practice this week and is eligible to play Week 9 if New England activates him by Monday at 4 p.m. ET.

The Patriots don’t necessarily need to make a move at running back with Taylor out, but expect one or two practice squad receivers to travel Sunday and be brought up from the practice squad Monday.

It might not make sense for the Patriots to promote Zuber while knowing Ford will be eligible to play next week. Moncrief and Wilkerson could be the favorites for call-ups. 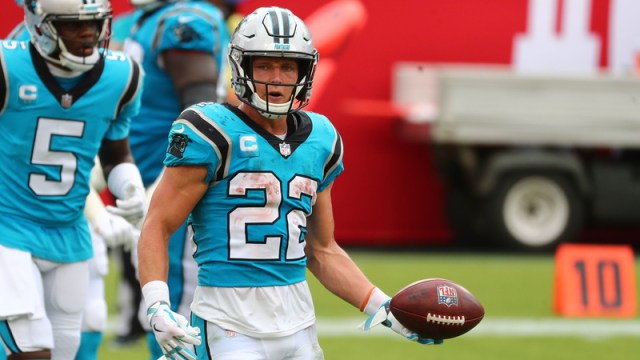 Christian McCaffrey Update: How Star RB Might Be Used In Return From IR 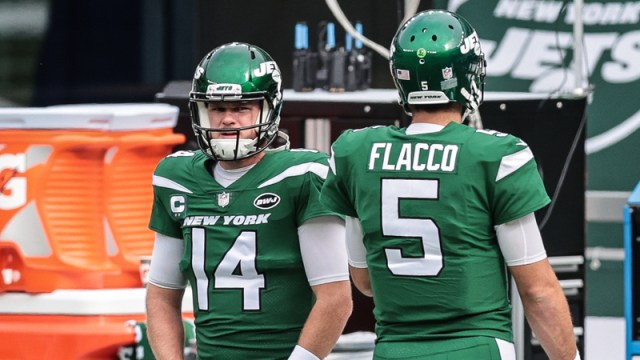