The New England Patriots showed Sunday night in their 23-17 win over the Baltimore Ravens that maybe last week’s victory over the New York Jets wasn’t a fluke.

The Patriots beat a quality Ravens team in Week 10 and improved to 4-5 on the season. The Patriots still have to climb up the standings over the final seven weeks of the season, but their playoff hopes also aren’t completely dashed.

Here are our top takeaways from Sunday’s win.

All advanced stats via Pro Football Focus unless otherwise noted.

PASSING OFFENSE
The rain was whipping around Gillette Stadium with heavy wind gusts, so quarterback Cam Newton played it safe and didn’t attempt a single deep pass Sunday night against the Ravens. Wide receiver Jakobi Meyers, however, did go deep on a double-pass trick play.

Meyers’ 24-yard touchdown pass to running back Rex Burkhead traveled 43.6 yards through the air, per Next Gen Stats. It was the second-longest completed pass of the season among Patriots passers.

Accuracy
Newton led NFL quarterbacks in adjusted completion percentage this week. He went 13-of-17 for 118 yards with a passing touchdown. Included in his four incompletions were one drop and one throwaway. So, he was accurate on 87.5 percent of his passes.

Newton was 4-of-5, including a throwaway, for 37 yards while under pressure. He got rid of the ball, on average, in 2.59 seconds.

Drops
Meyers had the Patriots’ only drop.

Meyers was the only Patriots wide receiver targeted in the passing game. He caught five passes on seven targets for 59 yards. He ranks third among qualified NFL wide receivers in yards per route run (2.99) this season.

— That was only the second sack Onwenu let up this season. He started over returning offensive lineman Jermaine Eluemunor who began the 2020 season as the Patriots’ starting right tackle.

RUSHING ATTACK
Harris had his third 100-yard performance in six games this season after beginning the year on injured reserve.

— Through six games, Harris has a 40.2 elusive rating, averaging 3.18 yards after contact per attempt with 11 avoided tackles on 87 touches. He has a breakaway rate of 30.4 percent with six carries of over 15 yards (143 yards total).

So, through six games, Harris is playing better than Michel in the 2018 first-round pick’s rookie season.

When Michel is healthy, Harris should maintain his top role in the Patriots’ offense.

PASS DEFENSE
The Ravens had more production through the air than the Patriots, but Baltimore QB Lamar Jackson did throw an interception while completing 24-of-34 passes for 249 yards with two touchdowns.

— The majority of the targets Hall gave up were in zone coverage. The Ravens attacked the short middle of the field, and Hall was the closest defender.

— Dugger had a tough assignment against tight end Mark Andrews but held up exceptionally well in his most extensive playing time of the season.

— Jackson returned to form after struggling last week against the New York Jets. He has a league-leading six interceptions on the season and has picked off a pass in five consecutive games.

— Winovich and Simon were used more off of the line of scrimmage and in coverage than usual. Both players typically play as edge defenders but held up well in the middle of the field. Winovich especially looked natural and fluid in coverage.

— Winovich played all but one snap Sunday night. He’s right back in the fold after being on the field for just five defensive plays in Week 8.

— Uche took on a bigger role this week with 21 snaps. He played just four snaps in Week 9 against the Jets. Uche played 17 snaps at outside linebacker and four off-the-line.

— Lamar Jackson was extremely difficult to bring down Sunday night. It’s unsurprising that Uche, the Patriots’ most athletic pass rusher, was the one to get him on the ground for a sack. Winovich and Wise also were in the backfield on Uche’s sack. Simon pushed Jackson out of bounds on his sack.

RUN DEFENSE
All things considered — with the wind, rain and potent Ravens rushing attack — the Patriots did a great job stopping the run on Sunday night, limiting Baltimore to 115 yards on 28 carries.

— Hall struggled overall in his second career start. The Patriots do have a bit of a hole there at inside linebacker even when Ja’Whaun Bentley is healthy. It might, eventually, be time to see how Uche could fill in.

— Dugger played a great overall game despite the missed tackle. He has a rare combination of size and speed and could give the Patriots’ defense a major boost in the second half of the season.

— Davis also has been just what the doctor ordered at nose tackle. He’s the Patriots’ biggest defender at 6-foot-5, 320 pounds, and the Patriots desperately needed a nose tackle in the middle of their defense when it became obvious that Beau Allen wouldn’t play this season.

— Winovich looked surprisingly comfortable at the more traditional linebacker spot. He’ll probably never be a mike linebacker in the Patriots’ defense, but he proved his versatility and could eventually be a Mike Vrabel-, Rob Ninkovich- or Kyle Van Noy-like weapon who can shift between linebacker and edge defender. 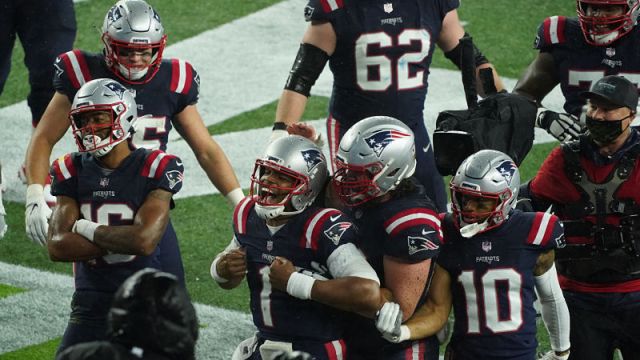 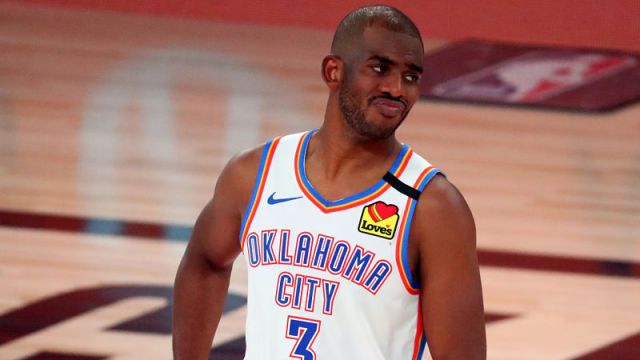