Six Things Patriots Fans Should Be Thankful For This Thanksgiving - NESN.com Skip to content

New England Patriots fans have had plenty to be thankful for over the last 20 years, with nine AFC championships, six Super Bowl titles and plenty of drama.

This season is a little bit different. The Patriots are 4-6, and it’s tough to get a good read on this squad after it beat the 6-4 Baltimore Ravens and lost to the 3-7 Houston Texans in consecutive weeks.

But it’s the holiday season. So, throw on “Planes, Trains and Automobiles,” sit back, relax and read up on all of the reasons to be optimistic about this year’s Patriots team.

Cam Newton’s improvement
Newton had a tough stretch from Weeks 3 to 7. It’s looking more and more like his serious issues in Weeks 6 and 7 were because he got out of sync after missing Week 4 with COVID-19.

Newton is PFF’s sixth-rated quarterback and fourth-rated passer since Week 8.

Newton hasn’t thrown an interception since October, and his accuracy and comfort within the offense seem to be growing every week. We’ll see if that continues Sunday against the 6-4 Arizona Cardinals.

Damien Harris, in general
Harris is PFF’s top-graded running back this season. He’s a fun player to watch because of his outright refusal to go down on first contact, and if he stays healthy and continues on his current trajectory, he actually could have a 1,000-yard season.

With Rex Burkhead lost for the year, the Patriots might need to lean on Harris more heavily in the red zone. That could be good news for fantasy owners who’d like to see more touchdowns from Harris.

We’ll find out how Sony Michel mixes into the Patriots’ offense as he returns off injured reserve. Newton said Michel has had “fresh legs” in practice.

Mike Onwenu’s versatility
What a pick. The Patriots spent a sixth-round selection on the Michigan product (they should keep doing that), and he’s played left guard, right guard, right tackle and tight end this season. He’s PFF’s ninth-rated offensive lineman.

The next-best rookie on the list is graded 29th, and it’s Buccaneers first-round pick Tristan Wirfs.

The Patriots’ offensive line, in general, has been the team’s biggest strength this season.

JC Jackson’s ball skills
Jackson leads the NFL with six interceptions. He had a stretch from Weeks 6 to 10 when he had an interception in every game.

Jackson has had a tendency to let up some big plays this season, but that’s also because he’s faced tougher competition with Stephon Gilmore injured.

Jackson is a promising young pro with an eye for the ball. He’s not the only improving Patriots defender. Defensive end Deatrich Wise and linebacker Chase Winovich also have made strides this season.

Jake Bailey’s accuracy
The Patriots’ punter has been unbelievable this season, with just one touchback and 15-of-27 punts planted inside the 20-yard line. He’s unquestionably one of the best punters in the NFL.

Patriots Practice Notes: Another Roster Shuffle Could Be On The Way 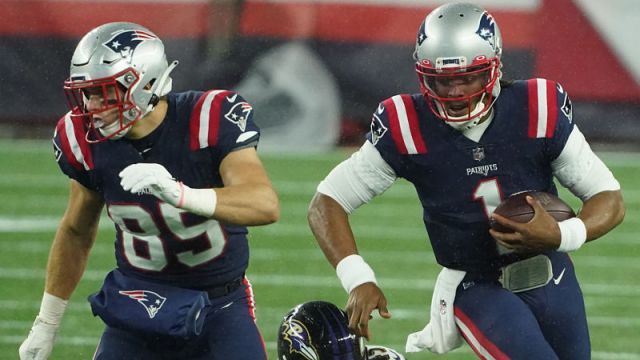 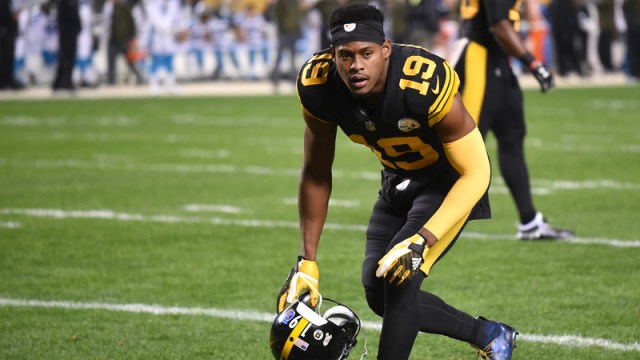