Cam Newton led the New England Patriots to a 30-27 come-from-behind victory on Monday to finally pull out a win after dropping their last four games.

Sure, it was against the New York Jets, who are even worse than usual here in 2020.

Seriously though, for the first time in franchise history they’re winless through Week 9. But hey, Trevor Lawrence isn’t going to draft himself. And at many times during the game, you could argue that both teams were trying to tank and earn the No. 1 overall draft pick.

But that’s not how it played out, thanks to a 45-yard drive that took 45 seconds courtesy of Newton and a 51-yard field goal by Nick Folk in all his glory.

And no matter how ugly it was, Patriots fans were just thrilled to finally watch the team win, (and to not see the game go into overtime.) 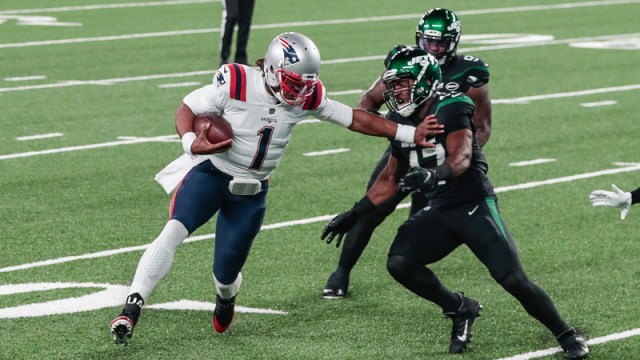