Cam Newton and the New England Patriots’ offense put together quite the crunch-time drive against the New York Jets on “Monday Night Football.”

Trailing by one touchdown with just under six minutes left, Newton led an 11-play, 72 yard possession. It featured both a crucial third-down reception by receiver Jakobi Meyers and another pass and catch from Newton to receiver Damiere Byrd, which set the Patriots up inside the New York 5 yard line.

Newton scored on a one-yard rush up the middle to cut the Patriots’ deficit to 27-26, while Nick Folk’s extra point tied the game 27-all with just under two minutes left.

And here’s the reception by Byrd:

After the New England defense forced a three-and-out, the Patriots’ offense got the ball back and put together a game-winning drive. Folk granted the Patriots a 30-27 win with a 51-yard field goal after the Patriots went 45 yards in and 45 seconds. 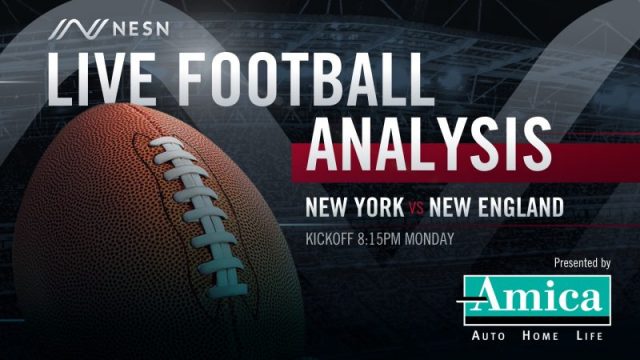