What To Make Of Cam Newton Getting Off The Schneid In Patriots Comeback Win - NESN.com Skip to content

We’ll say this to Newton’s 30-27 fourth-quarter comeback win over the winless New York Jets: As of Monday night, he’s confirmed to be back trending in a positive direction.

After Newton’s first three games of the season — wins over the Miami Dolphins and Las Vegas Raiders and a loss to the Seattle Seahawks — the other 31 teams, or at least those with substandard play at quarterback, were declared massive morons for passing on Cam in free agency.

Then Newton tested positive for COVID-19 and missed the Patriots’ Week 4 loss to the Kansas City Chiefs. He returned for three straight losses to the Denver Broncos, San Francisco 49ers and Buffalo Bills. After playing poorly against the Broncos and 49ers, some Patriots fans — and media — were ready to send him to the bench. He started to turn it around, before a last-second fumble, in last week’s loss to the Bills. He had his most efficient and mistake-free performance of the season Monday night in the Patriots’ win over the Jets, completing 27-of-35 passes for 274 yards while rushing 10 times for 16 yards with two touchdowns.

And after failing to complete fourth-quarter comebacks against the Seahawks, Broncos and Bills, Newton finally did it Monday night when he drove the Patriots down the field before a Nick Folk 51-yard game-winning field goal.

“I’m getting tired of sucking,” Newton said about his improvement. “Simple.”

“As a competitor, you know what your standard is,” Newton continued. “And taking pride in your work, that’s what it comes down to. You not being able to hold your head up because you’re thinking too much. That’s one thing. But at the same time, you’re solely responsible for the performance that you put up. I was extremely disappointed. This is not like, ‘You know, I just did my job today.’ That’s what it’s supposed to be each and every week.

“Efficient football — if it’s not there, just get it out. I had a couple mistakes tonight that I learned from and got better from. But yet at the end of the day, this offense thrives when we just keep pressuring the defense throughout when we’re running, passing, short passes as well as deep passes. And we just have to keep getting better from it.”

We’ll spare you with hyperbole until we see this in a larger sample size. We learned our lesson through the first eight weeks of the season.

Newton was good. It came against the Jets.

That being said, Newton has absolutely thrown the ball better and avoided mistakes in two straight games. New England still is in an unenviable position at 3-5 on the season, and no one is clamoring to be the Patriots right now. But calls to bench Newton for Jarrett Stidham or Brian Hoyer were premature. Bill Belichick was right to stick with Cam. He’s their quarterback through better or worse — or at least until the Patriots are out of the playoff hunt, which has not happened yet.

The Patriots broke a four-game losing streak. Newton is off the schneid. Anything else is an overstatement.

What We Learned In Patriots 30-27 Comeback Victory Over Jets 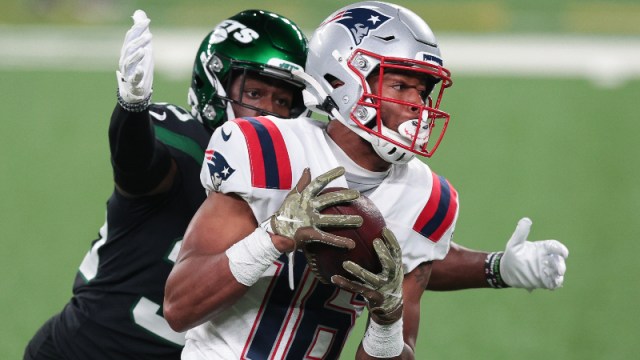 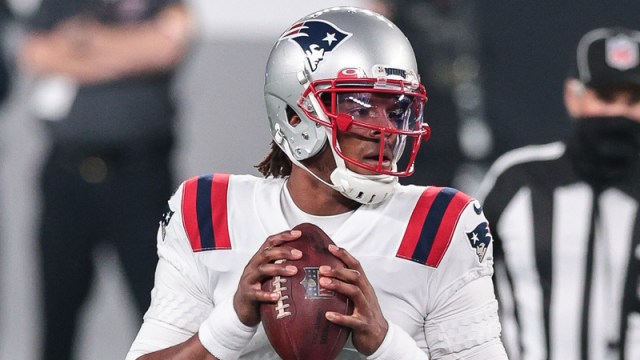