Who Helped Patriots Most In 23-17 Week 10 Upset Win Over Ravens? - NESN.com Skip to content

FOXBORO, Mass. — It was the usual suspects who did the most damage for the New England Patriots in their 23-17 Week 10 win over the Baltimore Ravens.

The Patriots came into their primetime matchup with the Ravens as seven-point underdogs. Here’s who helped them most in the upset win:

He rushed for 121 yards on 20 carries Sunday night. He came in questionable with chest and ankle injuries, making his performance even more impressive.

WR JAKOBI MEYERS
Meyers, a former high school and college quarterback, actually passed for his first career NFL touchdown before he caught one. He completed a perfectly-placed 24-yard touchdown pass to running back Rex Burkhead. He also led the Patriots with five catches on seven targets for 59 yards.

RB REX BURKHEAD
Burkhead is a scoring machine for the Patriots this season. He caught two passes while picking up 35 yards on four catches while also gaining 29 yards on five carries. He now has six touchdowns on the season.

LB CHASE WINOVICH
Winovich flashed his versatility, playing a hybrid-linebacker role and aligning on and off of the line of scrimmage. He finished third on the team with seven tackles. He played five snaps in Week 8. Now he’s playing nearly every down as an off-ball linebacker. Crazy turnaround for the second-year pro.

CB JC JACKSON
Jackson extended this league lead with his sixth interception on the season. He now has interceptions in five straight games, which is a new franchise record.

Jackson let up just one 14-yard catch on four targets with the interception.

QB CAM NEWTON
In a torrential downpour, Newton protected the football, went 13-of-17 for 118 yards and a passing touchdown and ran the ball nine times for 24 yards with a touchdown. It was just what the doctor ordered.

Dugger finished the game allowing three catches on four targets for 22 yards. He also led the team with 12 catches. 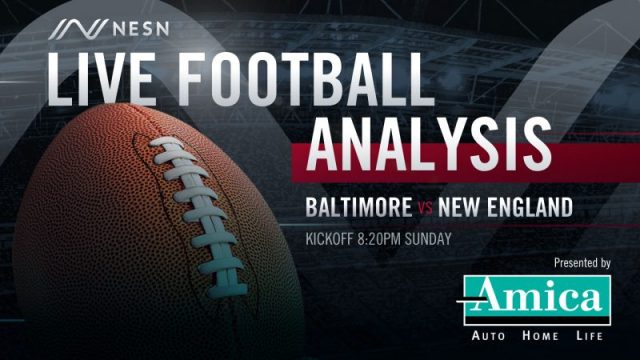 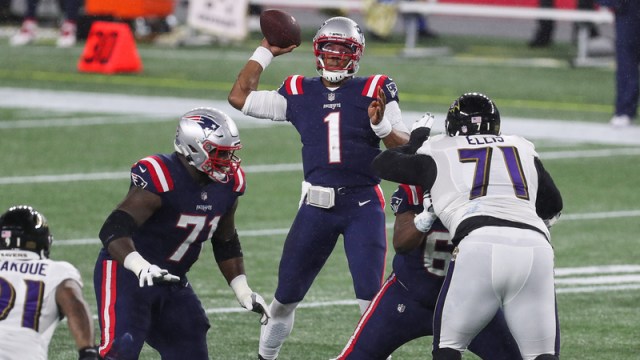