It seems the secret is out.

The New England Patriots’ offense, a unit that recently struggled against teams not named the New York Jets, look to trick plays to try and ignite the group on that side of the football.

It’s happened with double-passes from Julian Edelman to James White in the past. And perhaps the most prominent example came against their “Sunday Night Football” opponent — the Baltimore Ravens. (We remember Tom Brady to Julian Edelman to Danny Amendola in 2015, right?)

Well, it happened against in the Patriots’ Week 10 victory over the Ravens as up-and-coming offensive standout Jakobi Meyers stepped up to provide the momentum swing.

Meyers caught a Cam Newton pass behind the line of scrimmage and unleashed a high-arching throw to running back Rex Burkhead, whose burst down the hash gave him an advantage on Baltimore linebacker Patrick Queen. Burkhead hauled in the reception while falling to his knees, and thus scoring his second touchdown of the game.

“Oh yeah, we talked about it all week,” Harbaugh said on a video conference. “We practiced it. I think we had it covered, but Patrick (Queen) just hesitated just a little bit. I would probably call that just a rookie mistake, you know, in terms of uncertainty in that situation. He was the guy in coverage there. He had his guy, he was on his guy, he hesitated just a step or two and that gave Burkhead a chance to get in position.

“The throw, you know, and the catch was pretty good,” Harbaugh added. “With the weather the way it was, tear-dropping that ball down there and Burkhead — he?s a really good receiving running back — and he made a really nice play on it. That?s what happened.”

Ravens’ Chuck Clark expressed much of the same.

“I mean, we knew that their offense is big for running trick plays and doing different things like that,” the free safety said. “That?s something we study, yeah. … But you don?t know when a trick play is going to happen in football.”

Meyers, the high school quarterback-turned-receiver, released it at the Baltimore 33 yard line and Burkhead made the catch about five yards into the end zone. It gave the Patriots a 13-10 lead heading into the half, and proved to be a lead they would never cough up.

The Patriots moved to 4-5 on the season while the Ravens fell to 6-3. 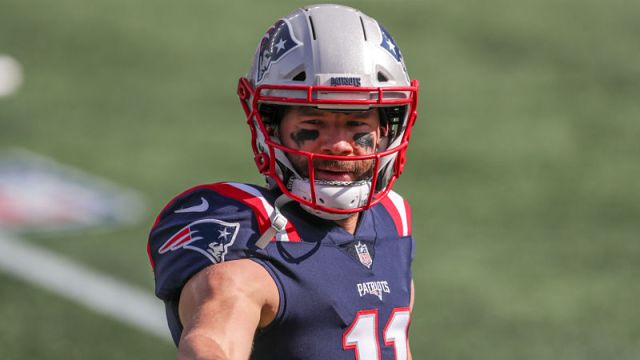 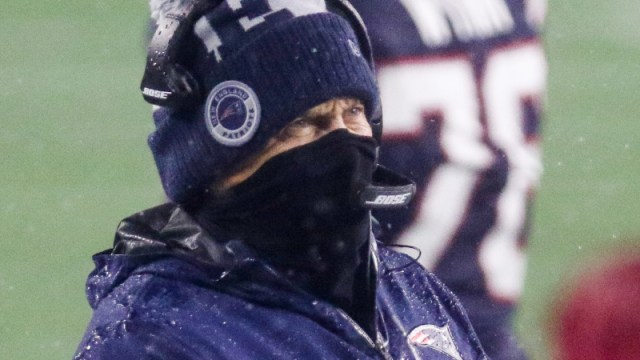