Mitchell Trubisky will be back in the driver’s seat Sunday night when the Chicago Bears take on the Green Bay Packers in Week 12.

The 26-year-old quarterback was benched in favor of Nick Foles in Week 3 after struggling mightily to begin the Bears’ 2020 campaign. Still, Trubisky helped Chicago to a 2-0 record before he was pulled in the team’s eventual win over the Atlanta Falcons the following week.

Foles sustained a hip injury late in Chicago’s Week 10 loss to the Minnesota Vikings. Now, Trubisky is retaking the reins.

Naturally, getting benched wasn’t a pleasant experience. Trubisky called it a “tough” adjustment, but he nevertheless remained “hopeful” for another chance at starting.

“More than anything, I was caught off guard,” Trubisky told reporters Friday, via ESPN’s Jeff Dickerson. “I think at the beginning of the season I was just starting to build some momentum, and then it kind of felt like a blind side, and then I had to embrace a new role.

“The first couple days, it sucked being in that role, but I was trying to just continue to keep perspective and think long term. I want to play in this league a long time, and if I want to do that, there are things that I just need to continue to get better at. At that point, I just changed my mindset to embrace practice. I was doing my job on the scout team, just trying to give the defense a good look, taking a lot of pride in that and preparing them for weeks, and the defense has been playing really, really well. And I feel like I was a part of that, being on the scout team and just leading those guys on scout team and giving them good looks.”

Two months later, Trubisky has a chance to redeem himself in the Bears’ eyes. Head coach Matt Nagy is happy for Trubisky, too.

“Right now, we’re excited. Mitch is ready,” Nagy told reporters. “This is an opportunity for him.”

We’ll see what Trubisky has in store when the Bears and Packers kick off Sunday night at 8:20 p.m. ET. 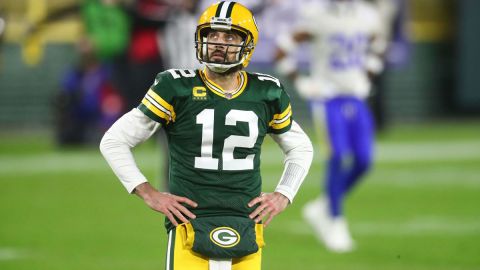