In just over two weeks, the Boston Celtics will be playing regular season games.

There are plenty of storylines and whatnot to monitor, so we tossed 20 musings — some takes, others thoughts and even a few pieces of analysis — below.

— It’s hard not to worry about the long-term health of Kemba Walker’s knee.

He’s insistent that, despite taking things slow, his knee feels fine and the stem cell injection he got has him in a good spot. But knee issues tend to become chronic for NBA players, and Walker’s entering that stage in his career when knee troubles are something he might have to live with.

Even when he returns to game action, we wouldn’t be surprised if it’s not until the postseason that he plays without some sort of restriction.

— Somewhat related: One area where the loss of Gordon Hayward will be felt is ball-handling. In Brad Stevens’ mostly position-less system, Hayward on occasion would run point with Walker and Smart sitting.

Now, the Celtics really don’t really have a wing player that does that. Not the most detrimental thing, but one less skill Stevens has to work with.

— Jeff Teague should be an upgrade over Brad Wanamaker, but we should go easy on the revisionist history about what Wanamaker was in Boston: a suitable reserve point guard. His play was reliable if a little clunky at times, but he provided some stability and did a fine job in Orlando.

— It seems unlikely the Celtics will use the trade exception from the Gordon Hayward deal this season unless it’s in small pieces. They’re hard-capped at $19 million thanks to the Tristan Thompson contract, meaning they would have to move money to use the full $28 million-plus they have from the TPE in a single move.

— Translation: If the Celtics were to make a move for an impact player that would cost nearly the full trade exception value, either Thompson and a cheaper player, or Smart alone likely will have to go in the deal to make the money work.

— Can’t imagine it’ll be fun to be Aaron Nesmith this year. The truth of the matter is the Celtics didn’t upgrade their shooting off the bench in free agency, leaving Nesmith and Carsen Edwards as the likely candidates for a perimeter sparkplug role.

Make no mistake, Nesmith is a great shooter, but finding a rhythm in the NBA is a hurdle for some guys, and he’s basically being asked to fix woes that have plagued Boston for literal years. If he doesn’t fare well, he’s going to hear it.

— We’re curious to see if the Celtics, following the addition of Thompson, occasionally try to be the antithesis of the smallball Houston Rockets from last season.

Here us out: What if they ran a rotation that played Theis, Thompson and maybe even Grant Williams at the same time. Stevens historically has not been afraid to go small, maybe he’ll get nuts and try to go big.

— With regards to Thompson, here’s to hoping Stevens uses him better than he did Enes Kanter. Sure, Kanter is far more of a defensive liability than Thompson, but it did get perplexing that Stevens basically relegated Kanter to a depth bench role.

We’re sure Thompson’s defensive ability will keep him in the game more often, but we suppose this is more of a point that Stevens didn’t use Kanter enough.

— The Celtics largely ducked a murderers row of matchups at any point in the portion of the schedule that has been released, but their West Coast trip will be brutal.

— Thompson does already have the makings of a fan favorite. For one, the Celtics haven’t had many reliable big men since Kevin Garnett was traded, and the edge with which Thompson plays all but certainly will endear himself to fans.

If nothing else, he struck the right chord with his first press conference.

— A little bit has been made about the Kardashian connection to Thompson, but if memory serves correctly, that wasn’t a massive distraction when Kris Humphries was in Boston.

Maybe that was because Humphries already was divorced from Kim Kardashian by the time he arrived in Boston, and that was at a pretty low point for the Celtics and interest in them. But we don’t think we’ll be dealing with a flood of Kardashian-Celtics news.

— Which youngster will have the biggest impact: Nesmith, Peyton Pritchard, Carsen Edwards or Romeo Langford?

Has to be Langford or Nesmith, right? We’ll go with the latter since the former’s health status is uncertain.

— It’s challenging to even venture a guess as to what the in-season trade market will look like. Given the unpredictability of the coronavirus, it seems like teams might be wary of swinging big deals if there’s looming potential of the season getting shut down at any point.

That might be far-fetched, but the Major League Baseball and NFL deadlines, though somewhat active, weren’t wild. Maybe — maybe — the NBA will follow suit.

— Amid talk of NHL teams kicking around the idea of playing outside, we can’t help but wonder if NBA teams would do the same so that fans can attend games. Obviously, basketball outdoors in the winter is not feasible for a chunk of NBA cities, Boston included.

Nevertheless, it’s a fun idea to think about. And lest we forget the Celtics and Red Sox did entertain having a C’s game at Fenway Park back in 2016.

— Purely for the purposes of reigniting/creating rivalries, it’s nice to see so many two-game series on the schedule for the Celtics (and everyone else).

— We’ll be honest, we couldn’t believe that the league just rolled out the schedule as normal with respect to travel. Not that you’re any safer from COVID-19 by flying from Boston to New York as opposed to Boston to Salt Lake City, but it feels like the significant amount of travel and city-hopping is walking under ladders for a league trying to prevent outbreaks.

— By all accounts, Tacko Fall has shown improvement, and because of the change in rules for two-way players (more on that here), we could see a lot more of him.

It would be a real asset for the Celtics if Fall proves he can actually hold up as a depth center in the NBA. The possibilities with which Stevens could use him situationally, which he sometimes did last season, are tantalizing.

— Who knows if he even makes the roster out of camp, but Javonte Green should get more minutes. Maybe injuries and offseason departures give him opportunities early on, but he is an incredibly fun player to watch, and rarely has he botched an opportunity to make an impact when he does get into games.

— Some predictions. Jayson Tatum makes second team All-NBA, but the void left behind by Hayward doesn’t result in a vastly improved Jaylen Brown. He’s a fine player, sure, but we just don’t see him hitting the All-Star level.

Another guess is Smart finally wins Defensive Player of the Year. The East has gotten so much better, and he’s going to have tough matchups pretty much every night. If he continues to play sound defense there’s no reason he shouldn’t be firmly in the running for that honor.

— Breaking the rule about writing in first person here, but earlier this week I wrote, and was roundly criticized for, saying that the Celtics aren’t legitimate title contenders and that they got worse. I do genuinely believe that, and some of it is because teams, like the Nets, just got better in the offseason — even if it was because they are getting injured players back.

The loss of Hayward is going to hurt. And Teague is a nice player but at this point in his career he isn’t boat-racing Wanamaker in talent. Thompson is an upgrade over Kanter for sure, but the Celtics did little to upgrade their bench and they lost a genuinely good player in Hayward — even if he didn’t live up to his contract.

Boston definitely didn’t get better, and I do believe on paper they are worse now.

That said, the “fire Danny Ainge” takes are absurd. Notions that he bungled the Hayward sign-and-trade talks with the Pacers seem overstated, and he did what he could with limited salary cap flexibility.

Was it his finest work? No. Should more trades have been swung? Maybe. But we should all stop way short of saying he should be fired. That would set the Celtics back a ways. 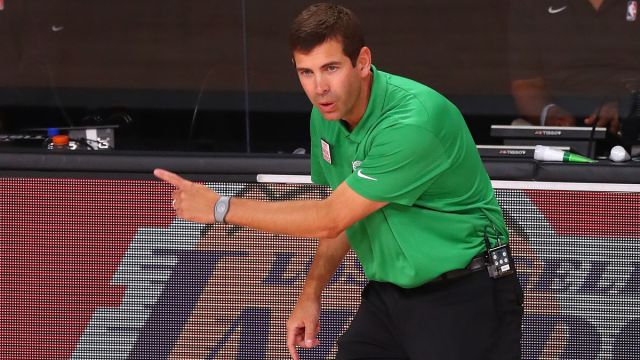 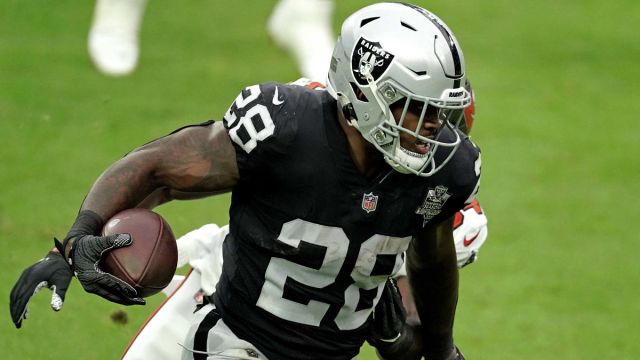