The New England Patriots’ glory days appear to be over, and the Buffalo Bills made that notion loud and clear in primetime.

The AFC East champion Bills dismantled the Patriots 38-9 on “Monday Night Football.” The Week 16 game at Gillette Stadium was among the worst losses ever by New England head coach Bill Belichick.

Sean McDermott after the game was asked if Monday’s contest was the official passing of the torch in the AFC East. While the Bills head coach dismissed the question, defensive end Jerry Hughes provided his own interpretation.

“I think we still have a lot more work to do before we become the big kids, but we’re definitely no little brother, no little cousin,” Hughes told reporters postgame. “We’re going to come out swinging out of the gate, that’s just Buffalo Bills football. We find a way to put our backs against the wall, we have that mentality. Once that kickoff happens, you’re getting us, you’re getting dogs, you’re getting controlled aggression. We?re coming at you.”

For much of the last two decades, Buffalo was little brother to New England. While past Week 16 games often were centered on the Patriots wrapping up its division-winning campaign, the shoe was on the other foot Monday.

Buffalo safety Micah Hyde, for one, was excited. He expressed how the result was a momentum-building win for the franchise.

“It is a big win and a big win for the organization and sweeping them in the season,” Hyde said. “We knew it was going to be a tough battle coming in. Obviously, we took a couple of their punches in the first quarter and in the first half and we were able to sustain our offense very well. We knew coming in that this is still a Bill Belichick-coached football team and it doesn?t matter what their record is and it doesn?t matter, they will come out fighting.

“To get the win, this is my first win here and there is a lot of guys in the locker room that it is their first win. It is a big win for our organization.”

The 12-3 Bills currently are the second seed in the AFC playoffs, behind the Kansas City Chiefs, and can maintain that spot with a Week 17 win over the Miami Dolphins. The Patriots, on the other hand, are one step closer to the NFL Draft. 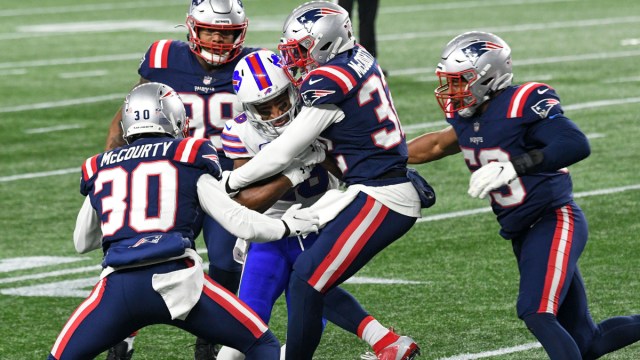 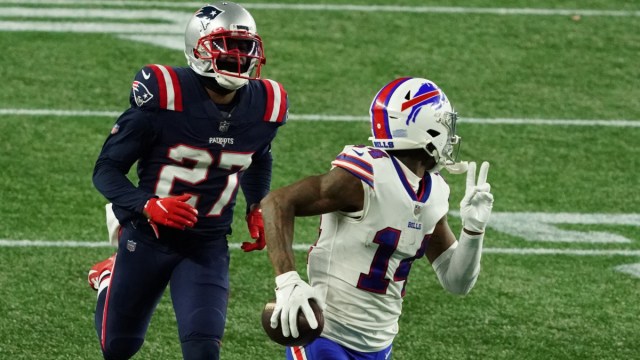