If your friends asked you to jump in the Atlantic ocean in the middle of December in Massachusetts, chances are you?d say no because of the freezing temperatures both the air and water present.

For Sammy Davis, though, she didn?t even need to be ask.

The Boston Pride forward decided to do 24 polar plunges in 24 days in the month of December in order to raise awareness for spinal cord injuries and raise money for the Travis Roy Foundation.

Roy, whose collegiate hockey career ended just 11 seconds in while playing for Boston University, died in October. Davis played four seasons at BU and helped the Terriers to their first Beanpot championship as a varsity club in 2019 with the game-winning goal.

?It?s such a unique incident in what happened, and we hope that it never happens again. But it was awesome how positive everything was and moving forward we can raise awareness and hope to find some sort of cure,? Pride equipment manager Maddie Rigsby told NESN.com.

?What Sammy?s done is unbelievable. This is just an amazing foundation she?s raising money for,? Mara told NESN.com.

The goal of $2,400 was reached with ease, so Davis decided to up it a bit to $5,000. If that could be met, Boston Bruins forward Chris Wagner would be joining Davis and Co.

That too was met within five days. And the Pride, along with Wagner, joined forces and ran into the icy New England waters on Dec. 19 — where it was about 30 degrees in most parts of the state.

But when you think of who you?re doing it for, the temperature of the water isn?t what is on everyone?s mind.

?When you see the name attached to it, it becomes a little easier,? Rigsby said.

Pilch mentioned how the staff prides themselves on building a team off of character, and Mara echoed those sentiments — particularly about what Davis has done for the team before even playing a game for Boston.

?We built our team off of character and Sammy is one of those players that — she?s an unbelievable player — but off the ice she?s an unbelievable person. And what she?s done raising money and doing this — 24 plunges in 24 days — it?s unbelievable,? Mara said. ?We couldn?t be happier for her and supporting her and doing the things we can do to support this, it?s amazing. It?s great to see — for women?s hockey, for everyone — it?s awesome.?

The photos truly say it all, as captured by Pride team photographer Michelle Jay:

Roy committed himself to raising awareness for spinal cord injuries after his accident that left him paralyzed from the neck down. And by facing his injury in the most inspirational way, he left an impact on so many not just in the BU community, but the hockey community.

?I think it?s one of those things where you jump in and you?re like, ?oh it?s not that bad.? I feel like everyone around here knows what Travis brought to the community, brought to everyone, and what he means to Sammy and what he means to the community,? Mara said. ?He?s probably laughing at everyone saying, ?hey you guys are jumping in the water, this is great.? But Sammy?s done a phenomenal job. Our team has done a great job. The amount of money raised for this is great. I just can?t speak enough about the character of our team.?

The day started at about 10:30 a.m. ET. The Pride were greeted by fans as they watched everyone run into the ocean.

?About 11 o?clock everyone jumped in. It was cold. It was freezing. But I think for the foundation that everyone?s happy,? Mara said.

Lobster Trap Restaurant in Bourne, Mass. donated chowder, chili, coffee and hot chocolate to provide a bit of warmth on a cold day.

So even though it was freezing, even though Massachusetts was just hit with a snowstorm that dumped over a foot of snow in most of the state, even though the water was brutally cold, would they do it again?

Most of the team was in attendance, with the exception of a few who had prior commitments. The turnout, though, was incredible and it has snowballed into something so remarkable for the Travis Roy Foundation.

?It?s just awesome to see. And that?s what we built the Boston Pride around,? Mara said. ?? We want character-strong people off the ice first and then skill players off the ice and I think we?ve done that. Sammy is one of those great people that have donated to the Travis Roy Foundation and it?s just great to see and we couldn?t be happier for everything that?s going.

?You can?t tip your hat enough to Sammy for doing what she?s done.?

Davis tweeted Dec. 20 that $10,000 has been raised and is “continually amazed” by all the support.

Now the Pride will prepare to head to the Lake Placid bubble to play the 2021 NWHL season beginning Jan. 23. 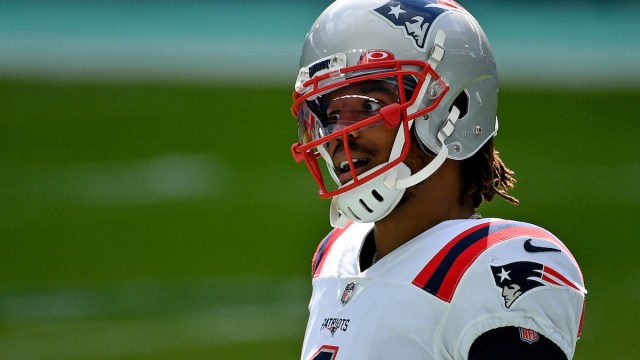 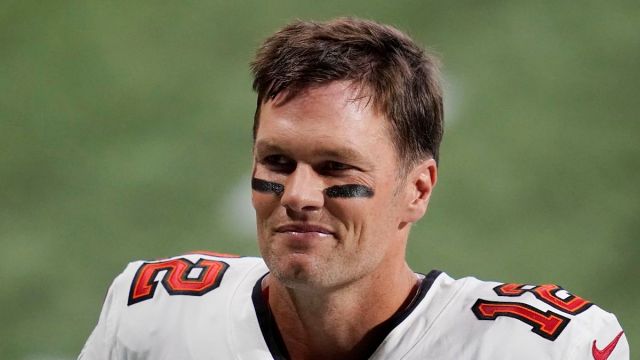