While Zdeno Chara is joining the Washington Capitals, he in a way isn’t going anywhere.

After 14 years wearing the Spoked B with a “C” just above it, Chara is off to join the Caps for the 2021 season, ending his magnificent run with Boston.

It’ll be a change of pace for all parties involved, but Chara will call Boston home for a long time. On Thursday he said he’s not relocating his family, and that he plans to have Boston remain a part of his life even though his time with the Bruins is done.

“Well of course, I want to thank all the fans,” Chara said over Zoom in his introductory press conference. “They showed so much passion over the course of years and so much support. I’ll always be very proud to call Boston my home, I’m not planning to relocate myself or my family for this matter. We made so many friends and we connected with so many families and communities and there are memories that I will cherish for the rest of my life.

“It was a very, very hard and difficult decision for me and my family, but at the same time I’m excited to start a new chapter with the Washington Capitals. But I can’t thank enough the Bruins for the support and how they embraced me in Boston for the past 14 years. It’s been tremendously appreciated and thanks to all of them.”

Here are some more notes from Chara and Don Sweeney’s Thursday press conference:

— Understandably, many people in the wake of the Chara news were wondering why the two sides couldn’t get a deal done.

It’s apparent that money was not the issue. It was role.

Sweeney made it abundantly clear that Chara received a contract offer from the Bruins, but that they envisioned an “integrated role” for him.

Chara stated multiple times that he appreciated the candor and good faith with which the Bruins negotiated. But, candidly, they wanted to give younger players a shot, and Chara ultimately felt he would be taking on a “reserve” role if he stayed with the Bruins. As a result, he felt taking the “integrated role” didn’t offer him the best opportunity.

— For the first time since 2006, the Bruins have to determine who they want to be captain — if they even want one.

OK, we all know they’re going to have one and it’s going to be Patrice Bergeron.

That obviously is the right call, but Sweeney indicated that while there will be a captain named, they were going to let the Chara news “breathe” a little bit before making the choice — even if it’s an obvious one.

As for Chara, he issued a ringing endorsement of Bergeron as the next captain for the B’s.

— There’s a lot of ice time the Bruins have to fill now.

Last season, Chara averaged over 21 minutes of ice time per game, often starting his shifts in the defensive zone while also logging a bunch of time on the penalty kill.

With Chara gone, the Bruins are about to enter a youth movement in the back end, and instead of one player shouldering Chara’s load, it appears the plan will be dispersing his duties “by committee.”

— As for the defensive pairings 5-on-5, the only roles that seem more or less set in stone are Matt Grzelcyk and Charlie McAvoy on the top pairing, with Brandon Carlo on the right side of the second duo.

While there’s a lot of uncertainty in that plan, it also lends itself to some creativity. We looked at some of the pairing options earlier Thursday.

The Bruins could have Brad Marchand ready in time for the start of the season. Sweeney said the winger has been skating regularly and could join the main group for the beginning of training camp. A mid-January timetable for return had been estimated for the top-line winger, who underwent a sports hernia procedure in September.

As for David Pastrnak, he too is improving but is not quite at the point yet where the team will be evaluating him on a week-to-week basis. He’s recovering from a September surgery on his right hip, with his timetable estimated at mid-February. 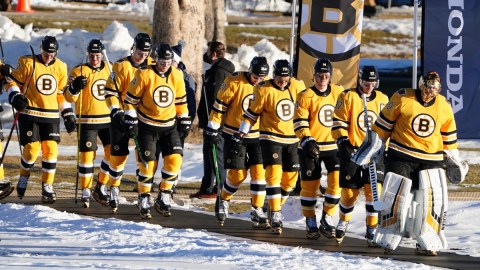 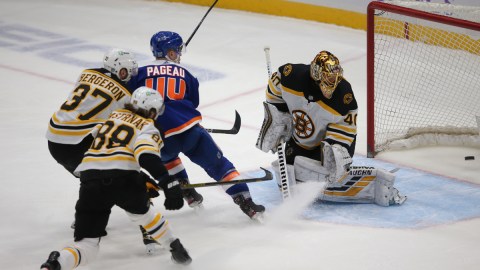 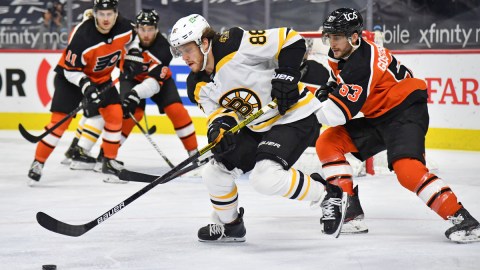 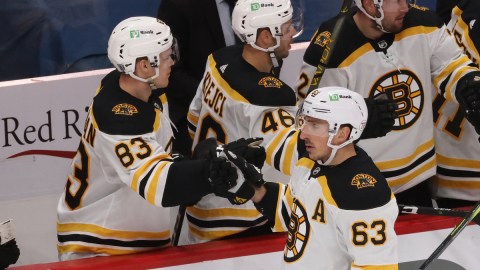