Before Jarrett Stidham could reach the sideline after his 38-yard touchdown pass to Gunner Olszewski, he was met by Cam Newton, who had run onto the field to celebrate his understudy’s accomplishment.

It was just the third appearance of the season for Stidham, who’d relieved ineffective starters in Week 4 (Brian Hoyer at Kansas City) and Week 7 (Newton vs. San Francisco). The second-year pro endured his own struggles in both of those games, throwing two interceptions against the Chiefs and one against the 49ers and completing less than 50 percent of his passes.

Sunday was a more positive outing for Stidham, who went 2-for-3 for 61 yards and a score as the Patriots cruised to a comfortable victory.

“Man, I?m so proud of Stid, man,” said Newton, who easily beat out Stidham and Hoyer for the starting job in training camp. “We had a chat (Monday) in the QB room, and honestly, his growth and his development is something that really caught my attention. Because I?ve known him enough to know I don?t know if he makes that throw or (is) able to stay in that pocket — a murky pocket, for what it was — and fire an absolute strike to Gun Show.”

The touchdown came on Stidham’s third and final pass of the game. Three plays earlier, on his first snap since Oct. 25, he was pummeled by Pro Bowl pass rusher Joey Bosa on an incompletion to N’Keal Harry.

“The first play he was in, he got hit and was down on the ground,” Newton said on WEEI. “And for him to bounce back from that, it just speaks volumes of his growth. I?m always a (proponent) of winning football, and just to see him grow is something that I?m extremely pleased about.”

Newton threw for just 69 yards and a touchdown on 12-of-19 passing in the win but was effective as a rusher, carrying 14 times for 48 yards and two scores. His 11 rushing touchdowns this season are tied for third-most in the NFL behind running backs Dalvin Cook (13) and Derrick Henry (12). 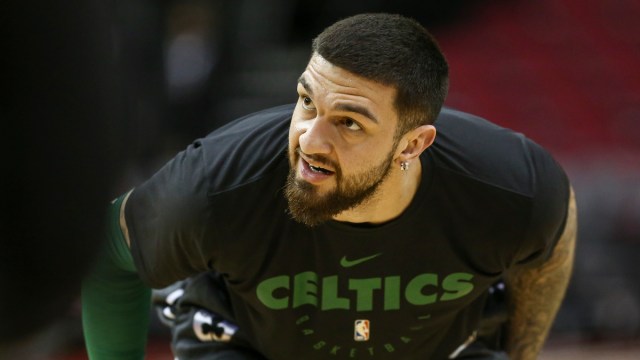