The biggest turning point in the New England Patriots’ 24-3 loss to the Los Angeles Chargers on Thursday came when quarterback Cam Newton threw a pick-six on a failed screen attempt to running back Damien Harris.

The Patriots had just forced a takeaway when rookie defensive back Myles Bryant pried the ball away from Rams wide receiver Robert Woods. Two plays later, the Rams intercepted Newton’s pass and successfully took it to the house. The Patriots never recovered.

Bill Belichick defended Newton’s pass Friday, saying he doesn’t know why the quarterback would have thrown the ball away. Newton threw where he was expecting Harris would end up in his route. Rams defensive tackle Aaron Donald made a head’s up play by holding up Harris and never letting him get to that point.

Newton was asked Monday morning on WEEI about Belichick’s defense.

“I mean, it’s the truth,” Newton said. “It’s not, like, defending. My job is to do everything that the coaches are telling me to do, and that’s what I do. Contrary to whatever is being said, whatever is being analyzed, I try my best to to to put on as best of a performance that I could possibly go out and do each and every play.

Newton fully explained what he saw happen on the interception after a follow-up question.

“Yeah, so on that particular play Dame was, in essence, trying to entice the rush, so to speak,” Newton said. “So, you want to bring the rush to you, so you can throw behind them. And in that particular play, I was anticipating Dame to kind of come free in the latter part, but that didn’t happen and obviously, he got held up. The defender behind him caught it. 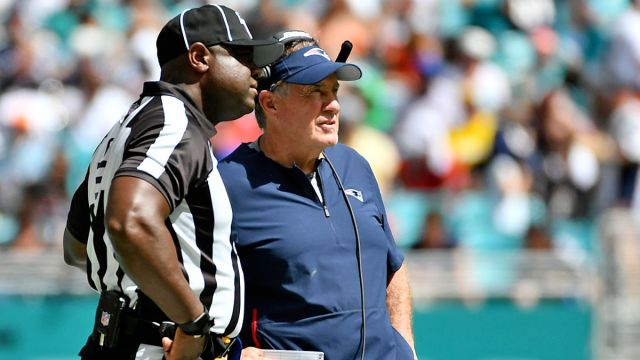 Patriots Open As Rare Underdog Vs. Dolphins; Why Line Could Move Before Kick 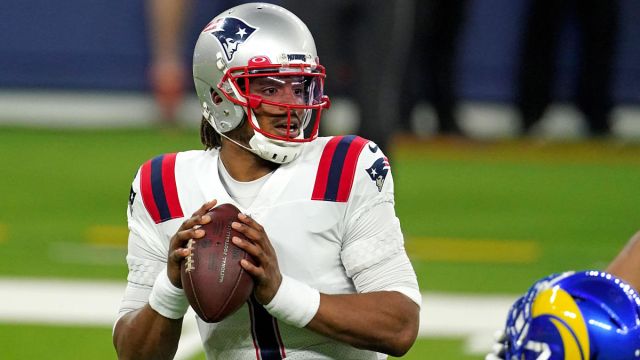