In previous years, the screen pass was a dangerous weapon in the New England Patriots’ offensive repertoire. That has not been the case of late.

The Patriots have run a total of nine screen plays over their last two games. The first — to Damien Harris on the opening play of their Week 13 rout of the Los Angeles Chargers — went for 15 yards. The final eight gained a total of 3 yards.

The Chargers also blew up another screen to Harris, but Joey Bosa bailed New England out with a roughing the passer penalty.

Screen passes work best against unsuspecting defenses. But Patriots opponents, well aware of New England’s dearth of top-end pass-catchers, have begun to expect and anticipate them.

Just ask linebacker Kenny Young, who picked off a Cam Newton screen and ran it back 79 yards for a touchdown in the Los Angeles Rams’ 24-3 win last Thursday.

The Rams, Young said, knew a screen was coming due to New England’s offensive tendencies and Newton’s own behavior on the play. That was clear on film.

Defensive tackle Aaron Donald grabbed Harris rather than rushing toward Newton. Young fired toward the line and might have laid out the running back had Donald not (legally) impeded Harris’s progress.

The result was the first pick-six off a red-zone screen pass since 2010.

“We knew they were going to try and screen us the best way they can,” Young said in his postgame video conference. ” … Just (Newton’s) whole mannerisms showed that he was going to throw a screen. He threw a bad ball, and he paid for that.”

We reviewed film from each of the Patriots’ last seven games, beginning with their Week 8 loss to the Buffalo Bills. During that span, quarterbacks Newton and Jarrett Stidham attempted 29 screen passes, not including two that were wiped out by penalties. They completed 23 of those passes for a total of 149 yards — an average of 5.07 yards per attempt — with no touchdowns and one interception.

Many advanced stats services use a metric called “success rate.” For a first-down play to be deemed “successful,” it must gain 40 percent of the necessary yardage. For second down, it’s 60 percent. For third or fourth, 100 percent.

The Patriots have a success rate of just 34.5 percent on screen passes since Week 8 (10 of 29). Last season, they were at 51 percent, according to Sharp Football Analysis, fifth-best in the NFL behind the Philadelphia Eagles, Arizona Cardinals, Seattle Seahawks and Minnesota Vikings. Only four teams were at 34 percent or below in 2019 (Chargers, Cleveland Browns, Houston Texans, Buffalo Bills).

Patriots quarterbacks coach Jedd Fisch was asked about the team’s struggles in this area during a conference call last Friday.

“I think that some of those high-percentage passes become lower-percentage if we?re not executing them at the highest level,” Fisch said. ” … Most of those are really considered catch-and-run type plays. And if you can?t really get the run part of the catch, then you end up completing some passes but really not getting any yardage on them. We need to just continue to improve in that area (to) where if we do throw a swing pass out into the flat or we do throw a screen or we do throw a hitch or a slant, we then have to be able to make something additional on top of the ball being caught.”

Most of the Patriots’ most productive screen passes have come early in games. There was the aforementioned game-opening 15-yarder to Harris in Week 13. In Week 11 against the Texans, White (34 yards) and Rex Burkhead (7 yards) picked up first downs on New England’s second and fifth plays from scrimmage, respectively. Byrd had a nice 17-yard catch-and-run on a tunnel screen on the Patriots’ second possession in Week 12, moving the chains on third-and-16.

The only other successful screen that gained 10-plus yards came with just under two minutes remaining in the Texans game (a 10-yarder to White on first down). Offensive coordinator Josh McDaniels has dialed up 11 third-down screens over the last seven games — including five in the loss to Houston — and the Patriots have converted on four of them.

White, who scored four touchdowns on screen passes last season, called screens “a team football play” when asked why these plays are sputtering.

“It takes everybody to get those to work,” White said Monday. Typically of the NFL’s top pass-catching backs, he’s on pace for his lowest per-game receiving average (25.4) since his rookie year in 2014.

Fisch shared a similar message, alluding to the need for synergy between the quarterback, pass-catcher and blockers.

“There?s a lot of things that go into the quick (passing) game,” the coach said, “and that comes from obviously avoiding batted passes, to speeding up your delivery, to winning on the route, to making the catch, to being open.”

Newton has had 12 passes batted at the line this season, second-most among all NFL QBs behind Ben Roethlisberger (15).

“We need to improve upon that, as well as every area for these final three weeks,” Fisch said. “There?s times that we?ve shown we?ve been able to do that at a very high level. The first play of the game against the Chargers, I think we hit a screen for 16 yards. And then we also have shown that sometimes, it doesn?t work out — the screen that was intercepted for a touchdown (last Thursday) night.

“We have to improve upon that area and really build upon that.” 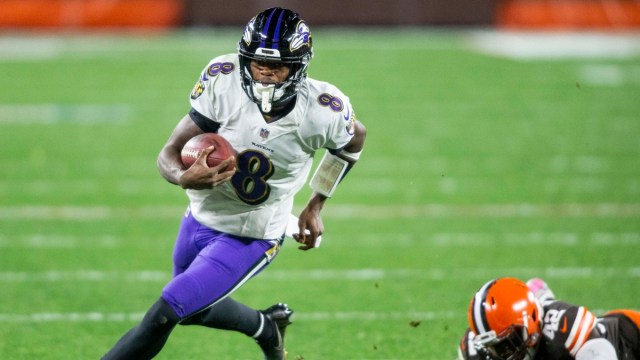 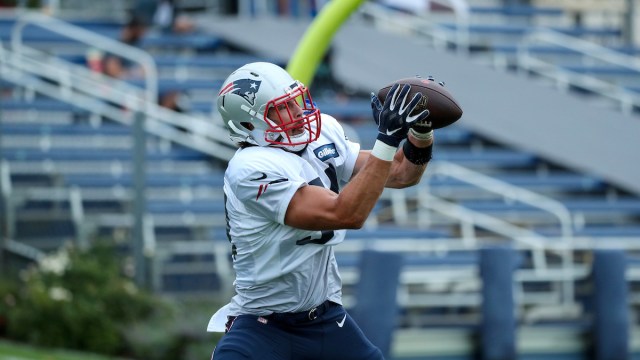 Passing Judgement On Patriots Rookie Tight Ends Might Be Premature