Celtics Notes: What Boston Must Do Differently After Preseason Struggles - NESN.com Skip to content

The Celtics have some work to do.

Boston didn’t look its best during the preseason, dropping to 0-2 on Friday with its 113-89 loss to the Brooklyn Nets at TD Garden.

Of course, it’s only the preseason. So it’s certainly not indicative of the team’s overall capabilities.

But the Celtics’ last two performances have exposed some flaws in the system, and it’s clear this team still has plenty of room for growth.

After all, this is not the same group everyone saw in the Orlando bubble back in September.

“We’ve got a lot of work to do to get to that point,” head coach Brad Stevens told reporters via video conference call, as seen on NBC Sports Boston’s postgame coverage. “We’ve got to play a lot better than we have and I think that ultimately, we have to make sure we’re building the right habits every time we take that court.”

The C’s completed just eight of 45 shots from beyond the arc (that’s 17.8% accuracy, for those bad with math) and shot a measly 34.8% from the field all night. They weren’t very smooth on defense, either, with the Nets finding just about every hole possible.

And with the Milwaukee Bucks on their way to Boston for Wednesday’s regular-season opener, this definitely wasn’t what the Celtics had hoped for from their preseason play.

“We haven’t played well in the majority of these two games,” Stevens said. “And certainly, our first group has not played well, or just generally, the guys that are going to play the share of the minutes. So, we’re going to have to make sure we get a lot better and get ready for Wednesday. We’ve got a really good team, Milwaukee, coming in.

“And at the same time, these games are exhibition games for a reason. So, we’ll learn from them and move on.”

Jaylen Brown, however, is hopeful for the C’s future.

Here are some more notes from Friday’s Nets-Celtics game:

— So, what did the Nets do right that the Celtics didn’t?

“Obviously, I felt like we missed some open ones,” Stevens said. “But at the same time, I thought they played with more purpose. So sometimes the ball goes in when you’re playing with that kind of intent or purpose.”

The second-year two-way point guard looked solid in both preseason games. And Stevens liked what he saw this week.

“I did think our last group did a good job, and specifically orchestrated by Tremont,” Stevens said. “I thought he was very good, really in both games, at getting us organized. We can take something from how he’s led us, I think.”

— There are lots of youngsters looking for a role on the Celtics this season. And naturally, that can be a little stressful.

So, what’s Brown’s advice to them?

They aren’t the only ones with a learning curve, though. 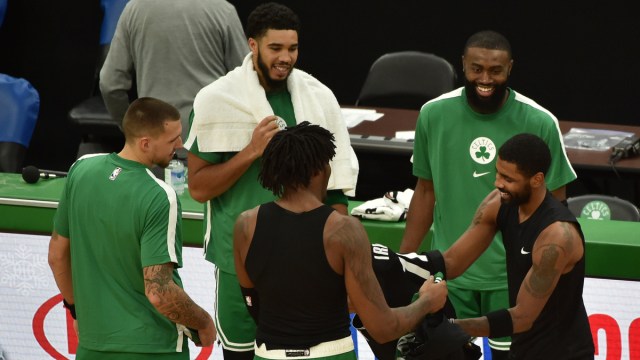 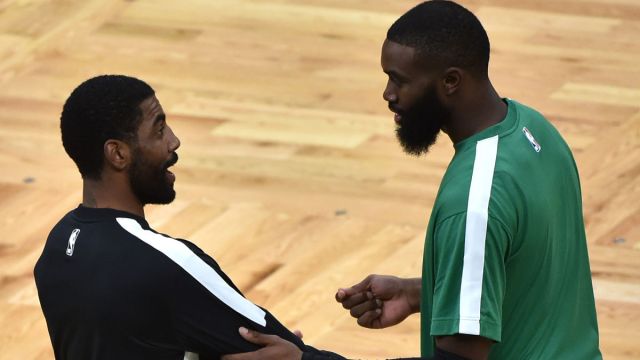