Could Ryan Fitzpatrick Be Patriots Quarterback Option For 2021? - NESN.com Skip to content

Could Ryan Fitzpatrick, the NFL’s preeminent journeyman quarterback, complete his AFC East sweep by joining the Patriots this offseason?

If New England opts not to retain Cam Newton after his one-year contract expires, bringing Fitzmagic to Foxboro would be one option worth considering.

The case for Fitzpatrick is a simple one: He’s an ultra-experienced veteran who’s proven he can start and win (at least a few) games while also helping mentor an up-and-coming rookie QB. That’s the role he’s currently playing in Miami alongside 2020 fifth overall pick Tua Tagovailoa, who watched from the bench to open the season before taking over as the Dolphins’ starter in Week 8.

Fitzpatrick has largely been solid over seven starts this season, completing 68.5 percent of his passes with a 7.5 yards-per-attempt average, 12 touchdowns, eight interceptions and a 93.1 passer rating. He piloted a terrible Miami roster to wins in five of its final nine games in 2019, throwing 15 touchdowns with six picks during that span and leading four game-winning drives in the fourth quarter or overtime.

A seventh-round draft pick in 2005, Fitzpatrick made seven or more starts in 12 of the last 13 seasons, spanning stints with the Cincinnati Bengals, Bills, Tennessee Titans, Houston Texans, Jets, Tampa Bay Buccaneers and Dolphins. He wouldn’t be anything more than a short-term stopgap, but the Patriots might need exactly that if Newton does not return and they opt to use a high draft pick on a quarterback (Justin Fields, Trey Lance, Zach Wilson, Mac Jones, Kyle Trask, etc.).

That’s not to say Fitzpatrick is a perfect fit for New England. He’s not.

Before the Patriots and Dolphins squared off in Week 1, Bill Belichick called Fitzpatrick “a very experienced player and a very instinctive player” and “an excellent game manager and passer.” He also said the bearded gunslinger is “a little unpredictable,” which isn’t an adjective you’d use to describe most effective Patriots players.

Fitzpatrick is one of the most legendarily volatile quarterbacks in recent NFL history, able to engineer a remarkable victory one week before spontaneously combusting the next.

The Patriots have witnessed both sides of the Fitz experience since he joined the Dolphins last season. He was surgical in Miami’s stunning Week 17 upset at Gillette Stadium but sloppy and turnover-prone in the teams’ other two meetings:

Among the 31 quarterbacks who have started 20-plus games over the last three seasons, only Jameis Winston and Sam Darnold have higher interception rates than Fitzpatrick (3.29 percent), who has thrown 25 picks in 14 career games against the Patriots. (It’s worth mentioning that two notable names aren’t far behind Fitzpatrick on that list, with Jimmy Garoppolo and Newton boasting the fifth- and sixth-highest INT rates, respectively.)

If the Patriots are looking for a bridge starter who takes better care of the football, perhaps they’ll gravitate toward someone like impending free agent Jacoby Brissett, who has the added benefit of prior experience in their system. Other QBs who could be available in free agency or via trade this offseason include Garoppolo, Darnold, Matthew Stafford, Winston, Mitchell Trubisky, Andy Dalton, Dwayne Haskins and Tyrod Taylor.

Backup Jarrett Stidham currently is the only Patriots quarterback under contract for the 2021 season, as Newton and Brian Hoyer both are on expiring deals.

The Patriots will get their first look at Tagovailoa this Sunday when they visit the Dolphins at Hard Rock Stadium.

Do Patriots Have Enough ‘Weapons’ To Win? Josh McDaniels Weighs In 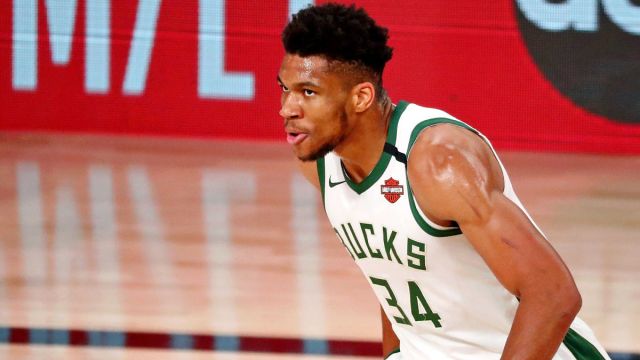 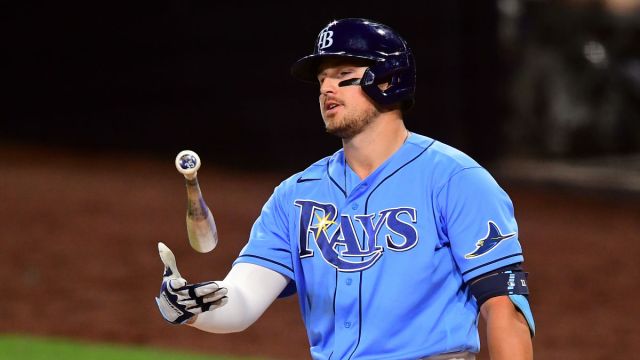