Brett Favre opened a can of worms Monday when he said on SiriusXM NFL Radio that Green Bay Packers quarterback Aaron Rodgers might be the greatest player in NFL history.

Because, you see, many football fans — especially those who support the New England Patriots — will tell you Tom Brady is the GOAT and that there’s no one even close to reaching his level.

The argument in favor of Brady is simple: He owns six Super Bowl rings. Rodgers, meanwhile, has only one.

There are many other layers to the debate, though, and Shannon Sharpe explained Wednesday on FS1’s “Undisputed” that he actually agrees with Favre, even wondering whether Rodgers might have replicated Brady’s championship success had he spent his NFL career playing under Bill Belichick in New England.

“If you just look at titles, if you said titles were the end-all, be-all, well, it’s a slam dunk. It’s Brady, and there’s no one else in the conversation,” Sharpe said. “But if you look at totality, if you look at other things … I look at Rodgers, and for me, it’s an eye test. I think Tom Brady is unbelievable, I’m not going to deny that and say, ‘He’s not great, he’s not transcendent,’ because he is. But to my eyes, Aaron Rodgers is a better quarterback.

“And I believe if I could’ve put Aaron Rodgers in that situation that Tom Brady had for 20 years in New England, Aaron Rodgers would have just as many, if not more, Super Bowls than Tom Brady.”

This whole discussion isn’t anything new. It’s been going on for years and only seemed to die down once the Packers hit a mini rough patch and Brady left New England to sign with the Tampa Bay Buccaneers.

But Favre thrust the conversation back into the limelight with Rodgers performing so well for the Packers this season. And Sharpe took the ball and ran with it.

“If you look at what he can do with the football — his ability to throw, to change arm angles and slots, the ability to throw the ball rolling left, rolling right, wrong foot, a flick of the wrist. To my eyes, I believe that Aaron Rodgers is a better quarterback,” Sharpe said. “But if you’re just looking at titles — if that’s the only barometer that you’re gonna use to say who’s the better of the two, well, it’s Tom Brady. But my eyes tell me that Aaron Rodgers is better.”

Are you buying Sharpe’s theory? 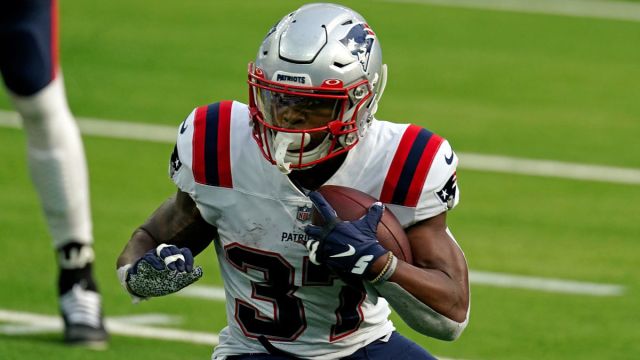 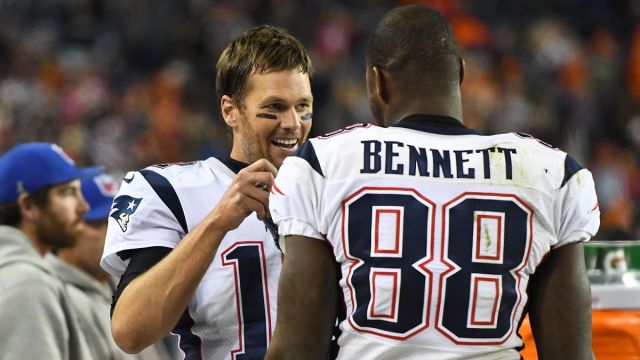 Martellus Bennett Recalls Hilarious Story Of Being Traded To Patriots