Sure, it’s almost unpredictable, as navigating a 72-game schedule (with travel) in the midst of a global pandemic could present plenty of unforeseen twists and turns, especially on the heels of a condensed offseason. But it’s not totally unpredictable.

You see, prognosticating is sorta our thing — or at least we like to believe it is — and the unprecedented nature of the upcoming NBA campaign isn’t going to stop us from throwing up a few half-court heaves. Who knows, maybe we’ll even sink a few. Shooters shoot, right?

So, with that in mind, here are eight random, bold predictions to consider before The Association tips off Dec. 22.

1. Houston Rockets trade James Harden to Toronto Raptors
Harden’s list of preferred destinations reportedly includes the Brooklyn Nets, Philadelphia 76ers, Milwaukee Bucks and Miami Heat, all presumed contenders in the Eastern Conference. But ESPN’s Adrian Wojnarowski and Ramona Shelburne reported this week the Rockets are increasingly expanding trade discussions on Harden beyond those organizations. Might the Raptors swoop in?

It sure seemed like the Raptors, among others, were gearing up for a run at Giannis Antetokounmpo in free agency, but now that The Greek Freak has signed a supermax contract extension with Milwaukee, it’s time for Toronto to turn its attention elsewhere.

Raptors president of basketball operations Masai Ujiri isn’t one to sit on his hands — Toronto successfully acquired Kawhi Leonard before its 2018-19 championship season — and the Raptors have pieces (like Pascal Siakam) to build an interesting trade package.

It’d be a weird fit, obviously, given Toronto’s defensive intensity, which isn’t exactly a hallmark of Harden’s game. But the 2018 MVP immediately would solve the Raptors’ problems running a half-court offense.

2. Brooklyn Nets acquire third star to play alongside Kevin Durant and Kyrie Irving
Could it be Harden? Maybe. After all, initial reports indicated the eight-time All-Star wanted to be traded to Brooklyn. But sources told Wojnarowski and Shelburne the Nets are limited by the Rockets’ interest in their personnel. Brooklyn likely would need a third team to help facilitate a trade, which only complicates matters.

So, if not Harden, who? Well, we’ll leave it open-ended. NBA drama never dies down. Players are happy one minute, disgruntled the next. And the trade market constantly evolves as a result.

Still, it’s easy to envision a scenario where Durant and Irving force Brooklyn’s front office to make a midseason splash after assessing the current supporting cast.

3. Washington Wizards make playoffs thanks to Russell Westbrook/Bradley Beal combo
You’ll notice Beal’s name wasn’t included above, even though the Wizards star long has been the subject of trade rumors. And that’s because Washington might have something with its new-look backcourt.

The Wizards shipped away John Wall, who hasn’t played in two years, to land Westbrook from the Rockets. That should immediately force Washington to play even faster, especially since Wizards head coach Scott Brooks is well aware of Westbrook’s strengths and weaknesses from their time together in Oklahoma City.

4. Golden State Warriors make playoffs despite losing Klay Thompson
The Warriors were supposed to bounce back upon returning to health. Then, Thompson tore his Achilles during a workout, ending his season before it began. In hindsight, it might have been a good move to keep the No. 2 pick and draft James Wiseman rather than go all-in on a win-now blockbuster. Golden State sure doesn’t look like a title contender.

That said, the Dubs still have Stephen Curry — one of the best players on the planet — to go along with Draymond Green, Andrew Wiggins and Kelly Oubre Jr. They might not chase a banner this season, but the postseason absolutely is within reach if Curry plays out of his mind.

5. Detroit Pistons finish with NBA’s worst record
The Cleveland Cavaliers, New York Knicks and Oklahoma City Thunder all could threaten for the best odds in the next NBA lottery, but the Pistons had a really weird offseason that inspires little confidence in their ceiling for 2020-21. Detroit might have the league’s worst offense when the dust settles.

6. Philadelphia 76ers represent Eastern Conference in NBA Finals
Will Daryl Morey push in his chips for Harden? That’s the huge question hovering over the Sixers right now, but it might not matter. The East is wide open near the top, and Philadelphia’s roster is good enough as is, with Joel Embiid and Ben Simmons running the show.

Tobias Harris is back. Seth Curry and Danny Green — acquired this offseason from the Dallas Mavericks and Thunder, respectively — are excellent fits based on their outside-shooting prowess. And even Dwight Howard — signed in free agency — should be a useful contributor for new Sixers head coach Doc Rivers.

The Bucks might be the Eastern Conference favorites, but don’t sleep on the 76ers putting it all together this season, perhaps even galvanized by the Simmons-for-Harden trade speculation.

7. Luka Doncic wins MVP and leads Dallas Mavericks to Western Conference finals
Doncic is a legitimate superstar and the betting favorite to win MVP, so the first part of this prediction isn’t that bold. But most projections have the Mavericks in the second tier of a stacked Western Conference — behind the Los Angeles Lakers, Los Angeles Clippers and Denver Nuggets — and one could argue they’ll do their real damage next season after using the cap space they seemingly created in the hopes of pursuing Antetokounmpo.

To that we say: Why wait? This season might be kinda fluky, all things considered, and the Mavericks already are really good. Doncic’s youthful legs — he turns just 22 in February — are an advantage after a short offseason, and Kristaps Porzingis’ eventual return will provide a shot in the arm to a squad on the rise.

The Mavs will be a tough out come playoff time, just as they were in the Orlando bubble, and don’t be shocked if they upset the Lakers should the two teams lock horns.

8. Los Angeles Clippers win NBA Finals
The Lakers are the heavy favorites, and understandably so. They’re the defending champions. They have two of the NBA’s best players in LeBron James and Anthony Davis. And they added even more talent this offseason, acquiring the likes of Dennis Schroder, Montrezl Harrell, Marc Gasol and Wesley Matthews.

All of this lines up perfectly for the Clippers — with a boulder-sized chip on their shoulders after last season’s disappointment — to fly under the radar and make good on their potential a year later than many expected.

The Clippers’ chemistry was a problem last season, so Tyronn Lue has his hands full in his first season as Los Angeles’ head coach. But the roster still is stacked, anchored, of course, by Kawhi Leonard and Paul George. 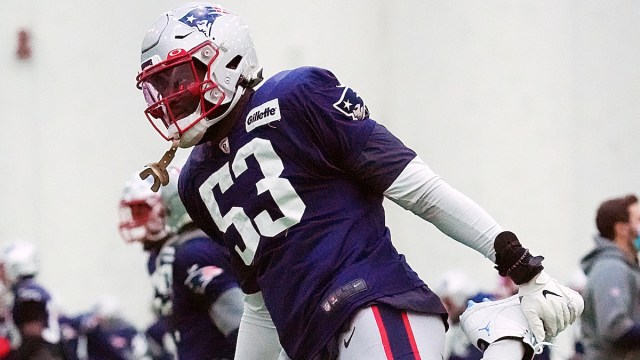 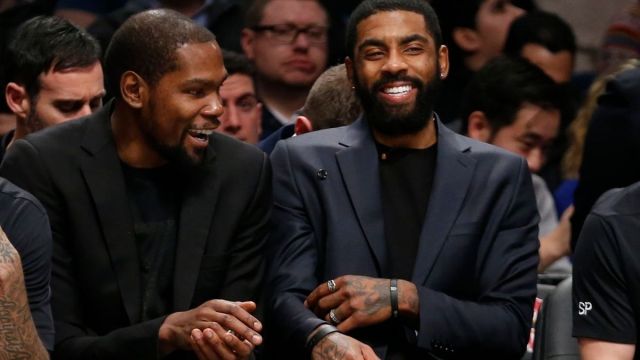