From individual nicknames to personalized handshakes, Cam Newton made a concerted effort to connect with his Patriots teammates after arriving in New England in July.

“I think my only regret about COVID is this: I’m a very social person,” Newton said on WEEI’s “The Greg Hill Show.” “I’m a social peer. I’m a social teammate. I’m a social human being. It’s one thing to know a person on a football side, and I always use the analogy of COVID affected our team in a way to make a lot of us feel like associates or coworkers rather than really feeling like a team at times. And hear me out when I say ‘at times.’ “

The NFL’s COVID protocols prohibit player gatherings away from the facility and place strict limits on what normally would be team-bonding time. Card games on team flights, for example, are not allowed this season, Newton said, and locker-room banter is kept to a minimum.

“Guys can’t even be in the locker room at the same time for more than 15 minutes,” the quarterback lamented. “So it’s such a weird deal.”

These restrictions haven’t negatively impacted Newton’s relationships with the Patriots’ coaching staff, he said. He continued to rave about head coach Bill Belichick, offensive coordinator Josh McDaniels and quarterbacks coach Jedd Fisch, as he has throughout the season.

“The players, on the other hand,” Newton added, “that was something that was different.”

Newton said the limited off-field interaction has made it hard to have “emotional talks” and get to know his teammates on a personal level.

“You don’t necessarily know that or find that out until going through certain situations. And we didn’t have preseason. We didn’t have opportunities to kind of break bread and say, ‘Hey, bro, every Thursday, a different player on the team is going to host Thursday Night Football.’ ‘Hey, bro, let’s go on a dinner date with the wives or the girlfriends’ — things that I’m used to doing.”

Newton, who signed with the Patriots in July, said this “coworker” setup hurt New England’s on-field communication and cohesiveness. Consistency has been a major issue for the team’s Newton-led offense, which ranks 27th in the NFL in points scored and boasts one of the league’s worst passing attacks.

“Sometimes I think this year, it affected a lot of me because I didn’t necessarily know (my teammates),” Newton said on WEEI. “And it’s not an excuse, more or less the reality of being in a situation where a lot of people were affected, and a lot of people were affected in a different way. If I had one thing that I could just go back and change, I would have changed that — not being able to really connect with people early on because of the limitations that COVID presented.”

The coronavirus pandemic also impacted the Patriots in a more direct way. Newton tested positive in early October, triggering a small outbreak in the Patriots’ locker room. A total of eight players were placed on the reserve/COVID list, two games were rescheduled and the Patriots spent nearly two full weeks away from the practice field.

Following a 2-1 start that included a narrow road loss to the Seattle Seahawks, New England lost four straight after Newton’s positive test and never truly recovered. Consecutive losses to the Los Angeles Rams and Miami Dolphins in the last two weeks dropped the Patriots to 6-8 on the season, officially eliminating them from playoff contention.

“We had our momentum kind of going, and then it shifted after COVID,” Newton said on WEEI. 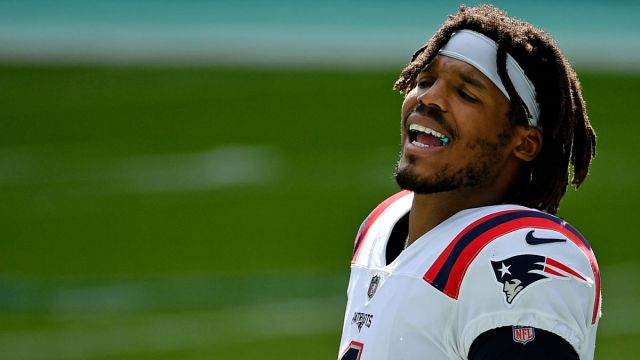 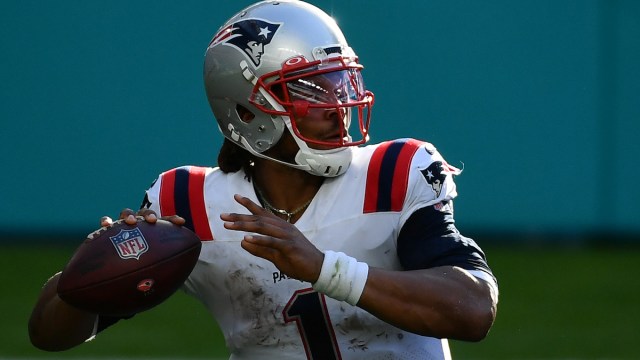