The Boston Celtics have come upon a nice chunk of change, but don’t count on the franchise spending it in the immediate future.

The Celtics reportedly received a record-breaking traded-player exception after sending Gordon Hayward to the Hornets via sign-and-trade. The exception matches the amount Hayward will make in his first season in Charlotte ($28.5 million).

During an appearance Tuesday on 98.5 The Sports Hub’s “Toucher & Rich,” Celtics president of basketball operations Danny Ainge noted the organization has no immediate plans to use the TPE.

Staying patient with the TPE makes plenty of sense for Boston. The exception can be used as a whole or in a divvied-up fashion from now through the start of free agency next year. Exceptions can be most useful at the trade deadline, as a franchise can use the money to avoid matching the salary of a player being brought in.

Following a march to the 2020 Eastern Conference Finals, the C’s once again are expected to be NBA Finals contenders in the upcoming campaign. Top-tier teams often look to make a major splash at the deadline, so perhaps we’ll see the Celtics put the exception to use early in the spring. 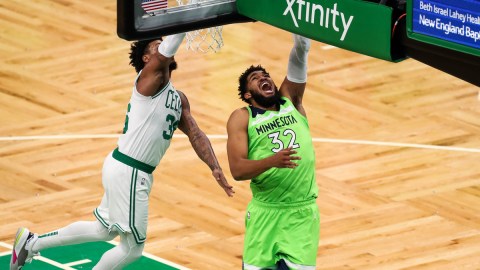