They did not, however, stiff Gordon Hayward.

Walker had become a franchise cornerstone for the Hornets, as arguably the most impactful player in franchise history after getting scooped up by Charlotte out of UConn in the 2011 NBA Draft.

But when it was time for the Hornets to give him the max deal he deserved, they passed. He ended up in a better situation though, signing with a win-now Boston Celtics team last summer.

Fast forward to last month, and the Hornets gave Hayward, who was coming off a tough run in Boston, a monster four year, $120 million deal. They then waived Nic Batum to create the cap space to sign him, stretching the rest of Batum’s $27 million salary over three years.

In other words, they’re paying $39 million a year to have Hayward after tightening the purse strings for Walker.

But when asked about that Wednesday, Walker took the high road.

“Nah, I could care less,” Walker said while chuckling over Zoom. “I?m in the place I?m supposed to be. This is all God?s work, man, I can?t control none of that stuff. I can just control what I can. And Gordon, that?s my brother, my brother. Spoke to him during the process, and I?m happy for him. I?m happy. Whatever makes somebody happy in this league, that?s what it?s about, it?s not about anybody else.

“I made my choice to come here to Boston because this is where I wanted to be because it makes me happy. And G, he?s happy, I?m sure he?s happy. He?s going to have a great time in Charlotte, it?s a great place to be, it?s a great city, great fans, they love basketball, they?re going to love Gordon. He?s a great player, he?s going to bring joy to that organization. So I?m happy for Gordon.”

Walker will begin the season sidelined after getting a stem cell injection in his knee back in October.

Kemba Walker Opens Up About Knee Injury; In No Rush To Return 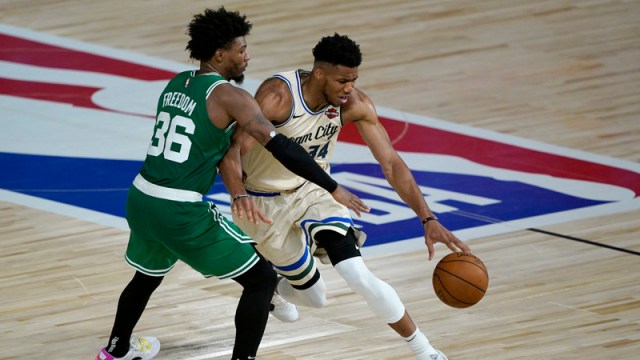 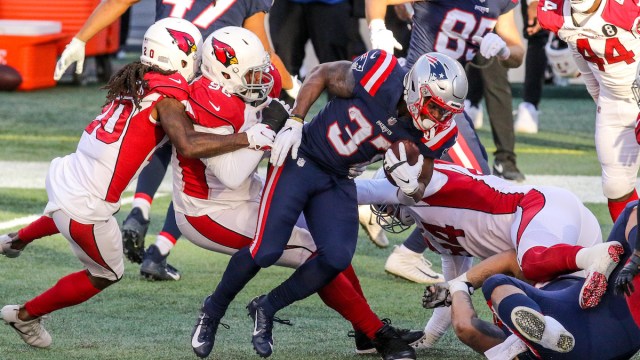 Damien Harris Has Excelled For Patriots Despite High Level Of Difficulty