The New England Patriots were dealt another blow to their already-slim playoff hopes.

The Baltimore Ravens and Cleveland Browns battled in what could be considered the NFL’s best game of the season on “Monday Night Football.” In the end, though, Cleveland’s comeback (and New England’s hopes) were not enough as Baltimore pulled out a 47-42 verdict in the Week 14 game.

New England would’ve benefitted by a Ravens loss as the Patriots still are mathematically alive for a AFC wild-card spot. It would have meant three teams above them in the conference standings — Miami Dolphins, Las Vegas Raiders and Ravens — all lost Week 14. It would also have meant the Ravens and Raiders were a mere one game ahead of the Patriots in the standings.

With the win, the Ravens stretched their lead over the Patriots to two games. Baltimore is the No. 8 seed in the seven-team playoff picture, but tied record-wise with the Dolphins. The Patriots, after a Week 14 loss to the Los Angeles Rams, remain the No. 10 seed.

The Patriots own tie breakers over the Dolphins, Ravens and Raiders after beating all three earlier this season. Both Miami and Las Vegas lost in Week 14, and a Baltimore loss essentially would’ve meant no team gained ground on the other this week.

As NESN.com’s Zack Cox thoroughly explained Monday, the Patriots will earn a wild-card spot if, first and foremost, they win their final three games — against the Dolphins, Bills and Jets — and three of the following five scenarios play out:

As you may have heard, New England’s hopes officially rest on earning one of the three AFC wild cards. The Patriots will not win the AFC East title after the Buffalo Bills defeated the Pittsburgh Steelers on “Sunday Night Football.”

The Patriots will travel to Miami for a Week 15 game Sunday. 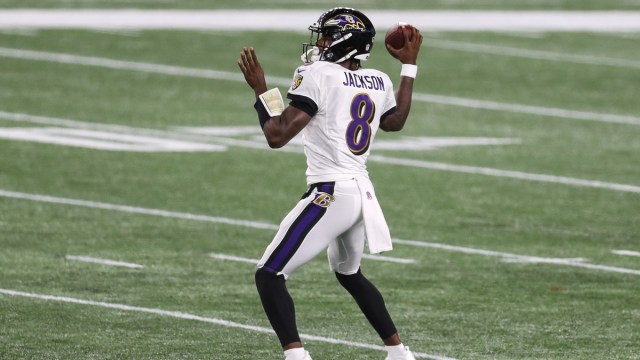 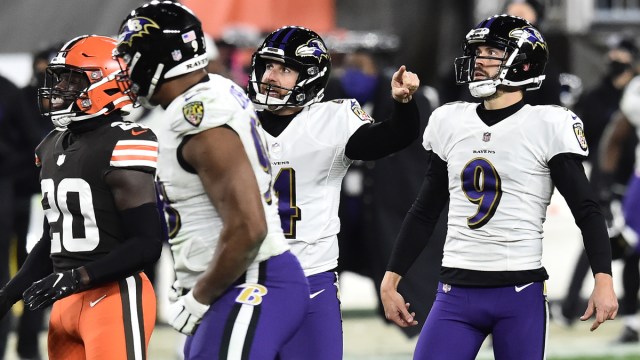