Martellus Bennett was trying to enjoy a family vacation in March of 2016 when he received an important phone call.

It was from Bill Belichick, who informed Bennett the New England Patriots were making a trade for him. All that was needed to finalize the deal was the now-former tight end passing a physical.

The only problem was Bennett, at the time, wasn’t in position to hop on a plane to New England. He was in Disneyland for his daughter’s birthday and understandably wanted to be there for the duration of the planned trip. Bennett tried to explain as much to Belichick in their initial conversation.

“I was at Disneyland when I got the call to say I was going to be traded,” Bennett told Master Tesfatsion in the latest episode of Bleacher Report’s “Untold Stories.” “So then my daughter’s birthday was around and we were going to Disney. Bill Belichick called me and he’s like, ‘Hey, we need you to get out here for your physical,’ or whatever. I’m like, ‘Well, coach. I’m at Disney right now. I literally cannot come.’ I’m trying to enjoy Disney with my family. Mickey is there, Goofy is there. Everyone is there, you know? It’s just like, these guys are great, and at the same time I’ve been traded.

“Bill called me back. He’s like, ‘Well, we got to get you out here. Otherwise, the trade won’t go through if we don’t get the physical.’ I was just kind of like, ‘Well that sounds like a you thing.’ But then my agent called me. He was like, ‘Hey, no. You got to go. You got to go.’ I was like, ‘I can’t go tomorrow, like two days from now? Why I got to stop my life right now to fly to (expletive) Boston to go see this (expletive) and go do an MRI for them?’ I’m at Disney for crying out loud.”

Enter Tom Brady, who hopped on the horn with Bennett after the latter spoke with Belichick.

“So Tom calls me and was like, ‘Man, I’m so excited about getting you out here,'” Bennett said. “I was just kind of like, ‘Yes, but Tom, do I have to go out there right now ’cause I feel like they’re kind of making (expletive) up right now? I don’t know how this goes. Like, do I have to come?’ He’s like, ‘Yeah, bud. You kind of have to go do that right now.’ I was like, ‘All right.'”

The rest is history. Bennett proved to be a key piece of the 2016 Patriots, especially after Rob Gronkowski hit injured reserve in early December. New England went on to hoist the Lombardi Trophy after completing the greatest comeback in Super Bowl history against the Atlanta Falcons.

We’re not sure what Bennett did to celebrate the Patriots’ championship triumph, but it would have been poetic had his victory tour included a stop at Disneyland. 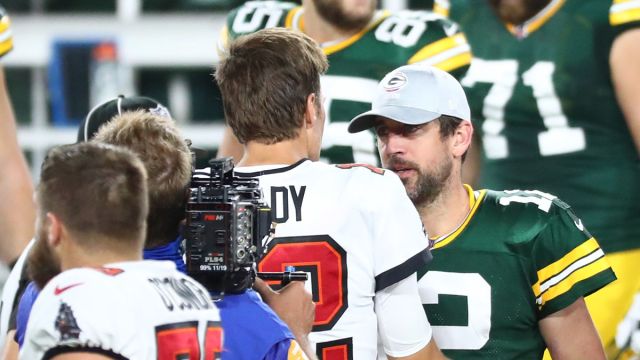 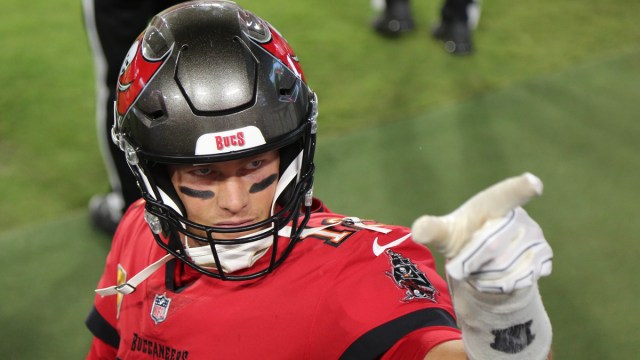